PUBG is finally coming to PS4

Player Unknown's Battlegrounds – or PUBG as you probably know it – looks like it's headed to Playstation 4 consoles.

The battle royale shooter and Fortnite rival launched first on PC, before making the move to Xbox One in December 2017. PUBG has also been available on iOS and Android mobile for well over a year now.

But a possibly preemptive post on the Korean game rating board from mid-September seems to show a version of PUBG classified for release on PS4.

There is currently no official comment on the leaks, though given the same rating board leaked the Nintendo Switch port of Fortnite months in advance of its release, it seems pretty reliable. 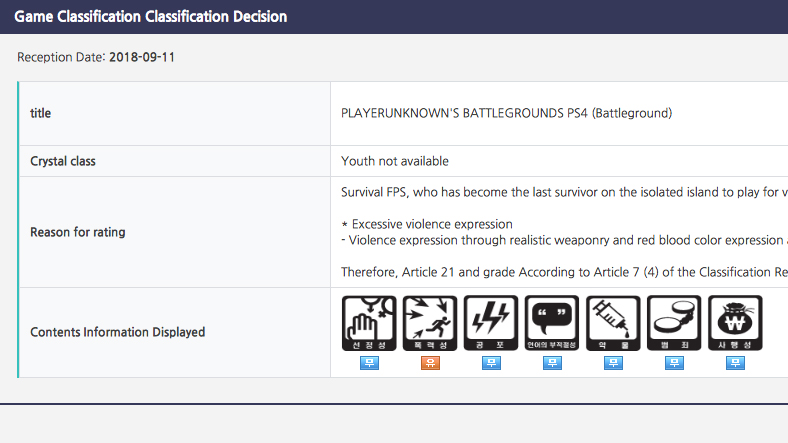 Microsoft have been eagerly accruing console exclusives for the Xbox One, so it was no surprise for PUBG to have some sort of exclusivity window when it announced the new platform.

With that window coming up to one year, it's an appropriate time to start expanding its player-base – especially given that the widely popular Fortnite is already on basically every modern gaming platform, including the Nintendo Switch.

It seemed only a matter of time before PUBG expanded to other consoles, though the game has been openly struggling with performance issues on the Xbox One X, even having to downgrade graphics across the board to help the game run normally on users' consoles.

Not that PUBG is struggling: it remains very popular worldwide, even though it doesn't employ the free-to-play model of its direct competition. Still, in a time of bad publicity and an apologetic 'Fix PUBG' campaign attempting to keep the game's reputation together, reaching out to PlayStation gamers might be the boost PUBG needs. Next: Nintendo Switch?