King.com has put a great new spin on a classic game with Pyramid Solitaire Saga. The new game is from the developers of Candy Crush Saga and Farm Heroes Saga, and they’ve created a compelling, engaging mobile experience for Android devices. 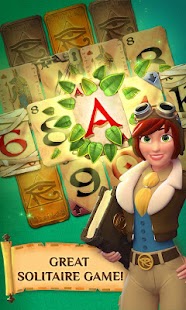 Pyramid Solitaire Saga is no ordinary solitaire card game. The game has an adventure style and storyline. Players go on a quest with Helena and her companion Kingsley as they look to discover the wonders of the Ancient World. There are quite a few new features that change up the format here from a regular solitaire game. Players will discover clues underneath cards in the form of Scarabs. Uncovering the clues reveals secrets for hidden treasures and magic of the Ancients. Completing an episode of the game will reveal a new hidden treasure, and then players will be transported to a new game world. In addition to The Hidden Tomb, players will explore The Emerald Dream, and more. The game has a fun competitive aspect as well. Players can compete against their friends or other players to achieve the highest score on the leaderboards. Another new feature to break up the monotony is the booster power. Players can utilize boosters for assists to help at the more difficult levels. 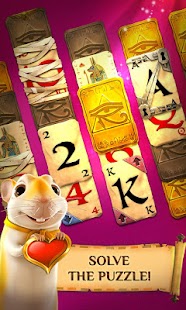 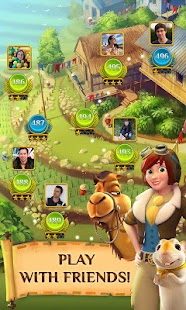 The Pyramid Solitaire Saga game is free-to-download, and it’s available now for Android devices. The app is just a click away at the Google Play Store.