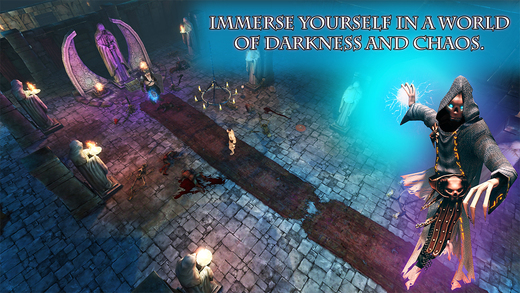 Looking for a new fantasy game to sink your teeth into? Try taking Quest for Revenge, a recent addition to the App Store, for a spin.

Available for $4.99 and optimized for the iPhone, iPad, and iPod touch (but not the iPhone 6 and iPhone 6 Plus), Quest for Revenge places gamers in the middle of a sprawling war between the last free kingdoms of men and a dealthy warlord. The app’s release notes explain:

Explore the mysterious and adventurous scenes of the Dark Coast. The beautifully designed, richly detailed levels lead you through mighty castles, dark dungeons, dangerous swamps, and ancient crypts. Make your way through a multitude of fierce soldiers, dark undead, and menacing monsters.

Get help from a number of skills that let you adjust the mercenary to your playing style, as well as countless weapons and armour that you can capture during your adventure.

Features are aplenty in the app, and include stellar graphics, beautiful music, countless enemy types and challenges, and a detailed character upgrade system (featuring 36 different skills and advantages). 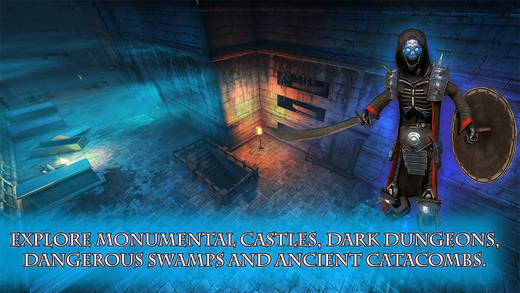 You can pick up Quest for Revenge for $4.99 on the App Store. As mentioned, it’s a universal app that’s optimized for the iPhone, iPad, and iPod touch.

Unfortunately, as of this writing optimization for the iPhone 6 and iPhone 6 Plus is missing from the game.

Quest for Revenge offers a dark and gloomy fantasy adventure for iOS device owners is a story by AppAdvice.com
AppAdvice - iPhone, iPad, iPod, App Reviews + News
Get the latest tips & apps for your Smartphone