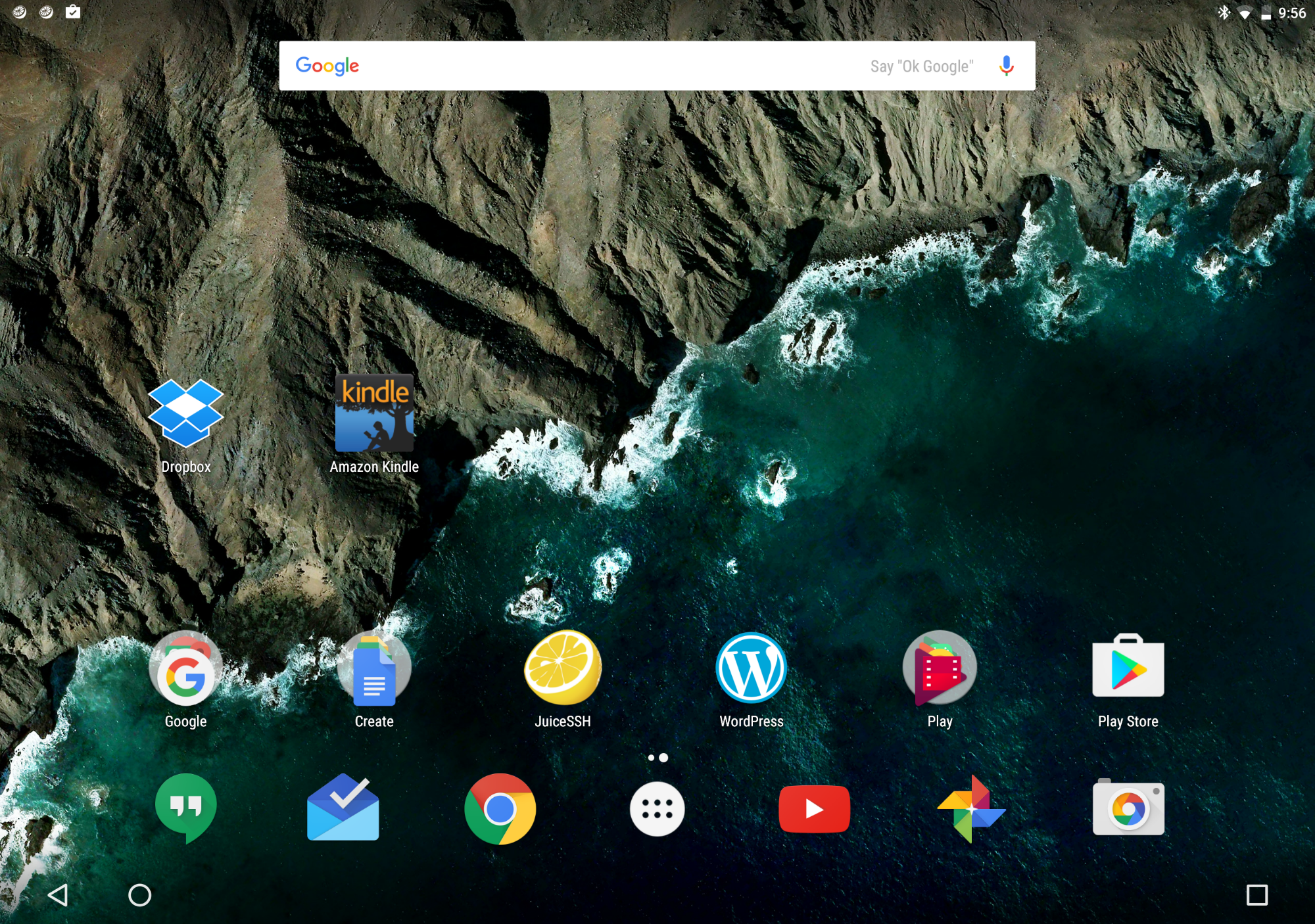 I’m visiting my parents in Southwest Missouri for their 50th anniversary celebration, and briefly staying over at their house. During that time, I had the opportunity to examine the Google Pixel C tablet my mother recently purchased. In fact, I’m typing this blog post on it now.

The tablet is running a perfectly standard Android Marshmallow installation, and is every bit as good at reading and viewing content as Android ever was, so there doesn’t seem like a whole lot of point discussing the operating system side—except to note that, as with prior releases of Android, it has the ability to create separate user accounts for different people, which is how I was able to log into my own Google account, install WordPress and a couple other applications, and start typing. The screen is amply large enough for high-resolution reading and writing, and presumably also movie viewing—but my parents’ net connection was too slow for me to give it much of a try with Netflix. The Kindle app looks great, though, as you can tell. 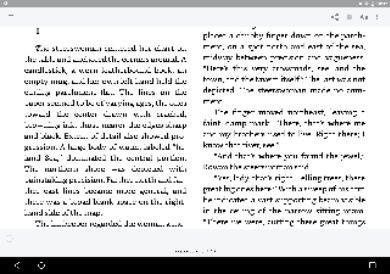 In fact, the screen is likely bigger than one really needs for a decent tablet experience if you can only do one thing at a time with all that space. I wish this tablet was mine and I could install the Android N beta and try the split-screen feature on a screen this big. I’ll bet it could come in really useful with this much real-estate.

My mother opted for the leather portfolio case instead of the metal keyboard cover, so that’s what I’m using to type. The tablet fits very easily into the plastic cover, where it’s secured with magnets. Due to the way the portfolio folds, there are two possible positions for the tablet—a more upright position, and one with the tablet tipped further back; you change the position by changing how the portfolio back fold is arranged. My Mom marvels that the cover for this tablet is thinner than the cover on the portfolio case she had with her old Nexus 10, but it incorporates a fully usable keyboard built into it. 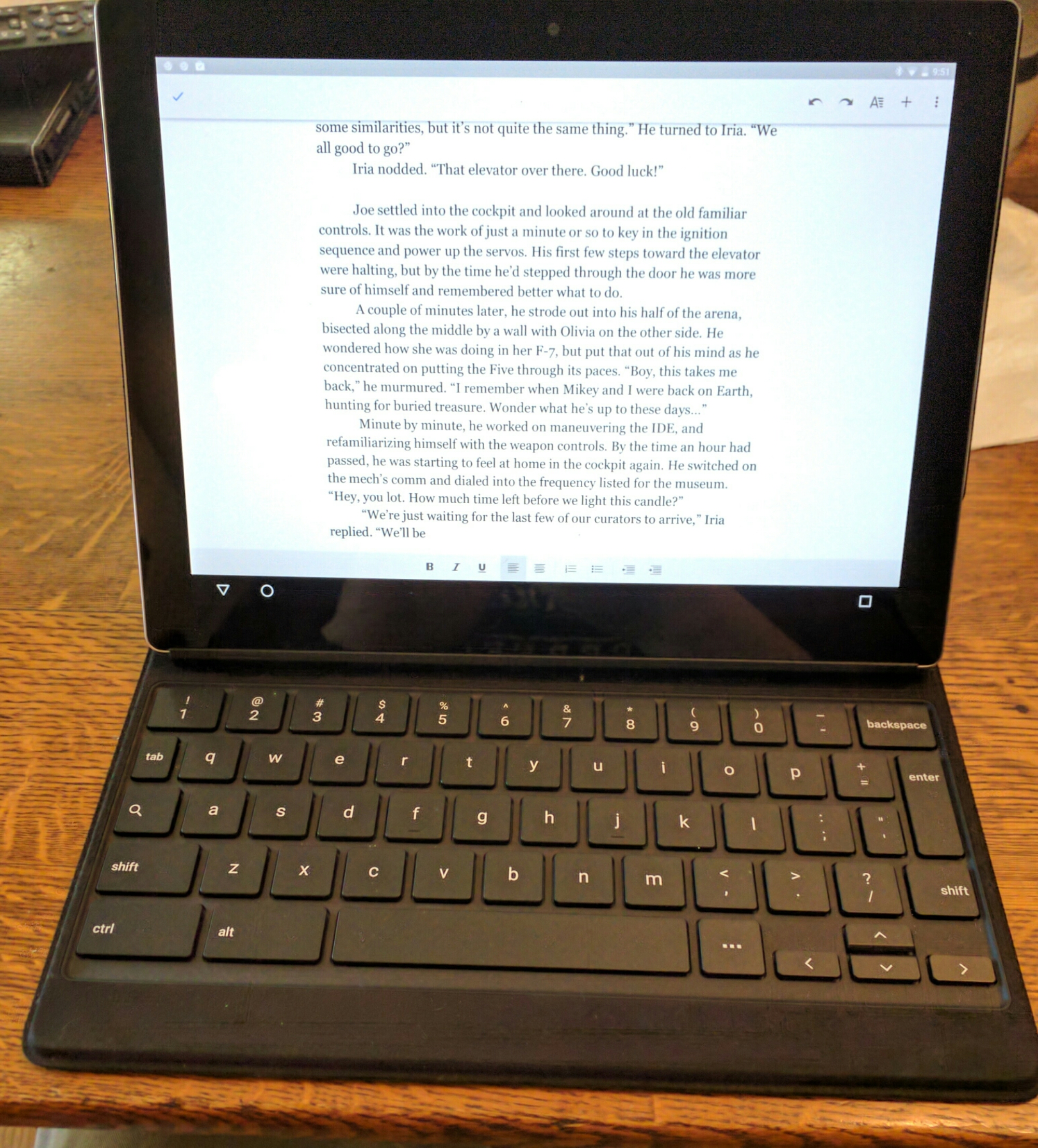 The keyboard does work quite well for a keyboard so thin. It has about as much key travel as my Anker keyboards, and the keys are about the same size so it’s not a hardship to type on. However, it does share one feature—or lack-of-feature—in common with the shrunken keyboard cover I tried out for my iPad Mini—it leaves out some important keys. 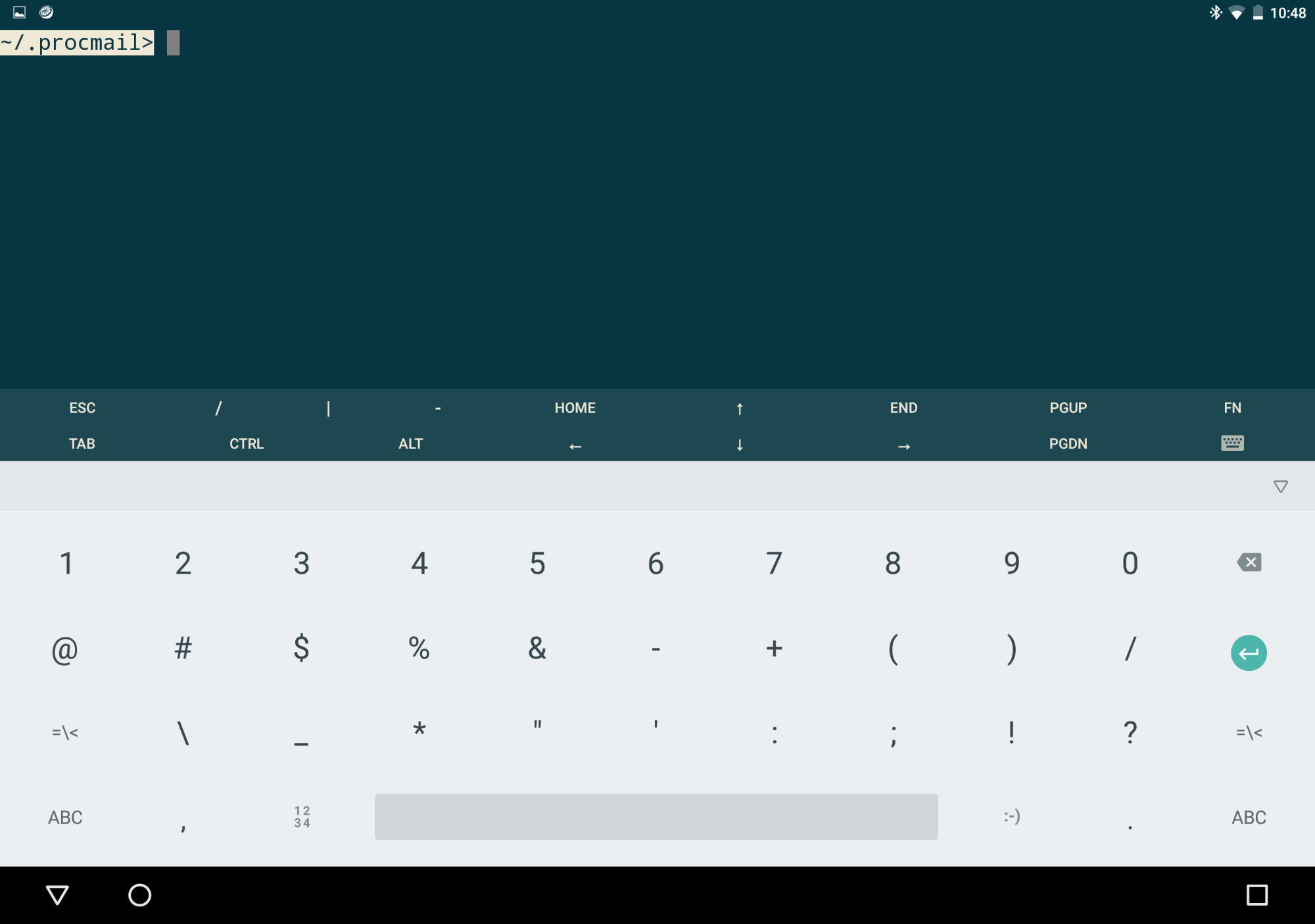 I’m not the only one to have noticed this; a Laptop Magazine correspondent complained about it, too. It’s missing Escape, the caps lock, the bracket keys, and the backward slash—all of which my full-sized Anker Bluetooths have. I’m not too worried about the caps lock and brackets, but I sure do miss that backslash since it’s the key I map to my home Linux box’s screen session command key. However, there is a “…” button on the keyboard that brings up on on-screen keyboard containing the missing keys, and I can use that a little awkwardly at need. But for all of that, the keyboard is easy to use, and I can type just as fast on it as I can with any of my Ankers. As demonstrated by this post I’m typing now.

Also, like the Laptop Magazine correspondent, I’ve noticed that the keyboard has a tendency to lose connection with the tablet from time to time. You can tell when this happens because the on-screen keyboard suddenly pops up out of nowhere. Usually it goes away fairly quickly and the hardware keyboard comes back, but sometimes it takes a minute or two. Hopefully this glitch will be addressed in later runs of the tablet, as was the one with the 9.

The tablet itself is remarkably thin, light, and easy to hold when I take it out of the folio. Even with the folio, it’s not all that heavy, though it is handicapped a little by the keyboard being on the back when I fold it back, which means it would be easy to press keys accidentally unless you switch it off somehow while doing that. Though perhaps there’s some other way of folding the folio that I’m not aware of. 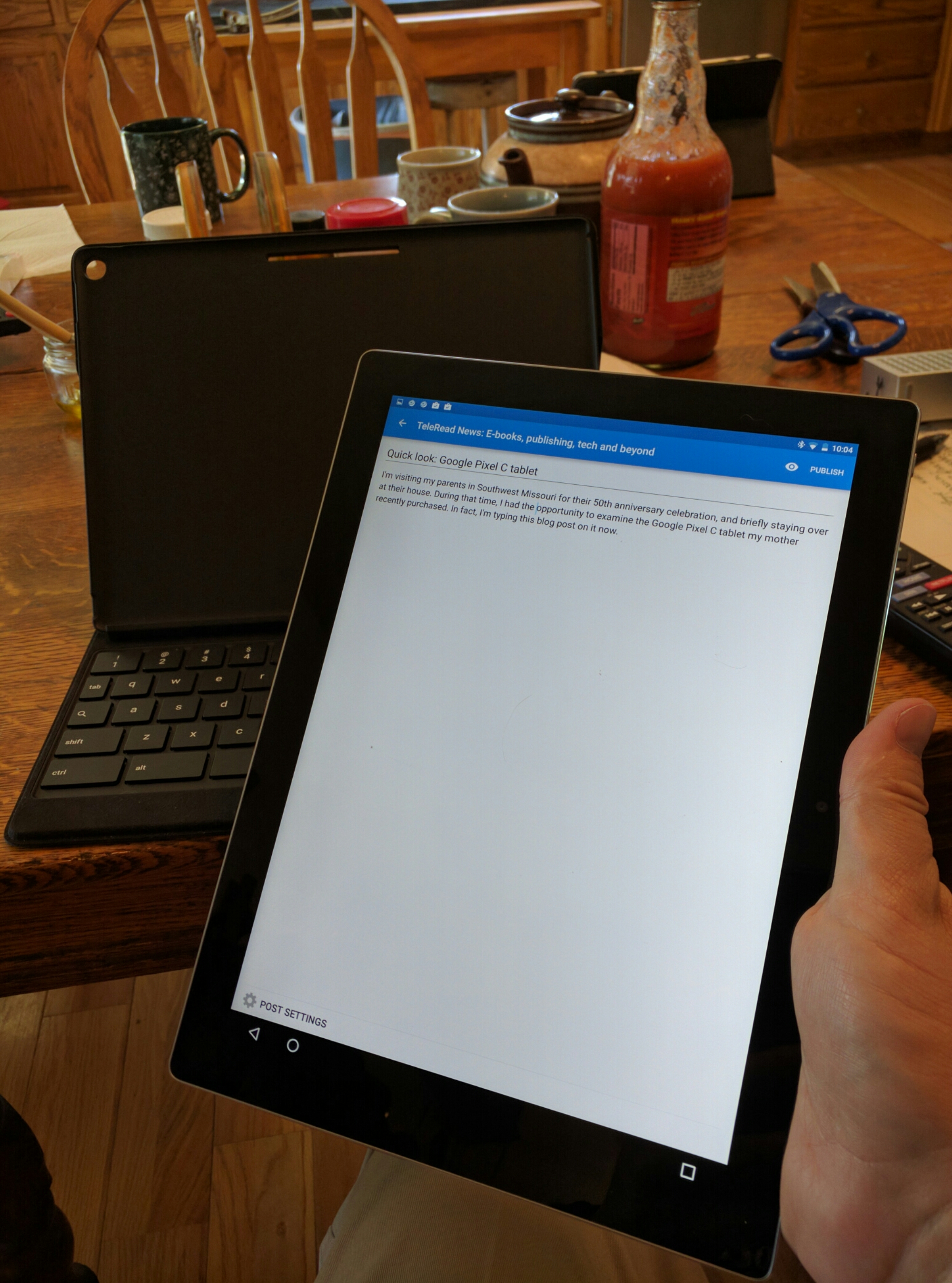 In conclusion, I think Google has another winner here. When Android N finally gets here, assuming it still offers split screens, it could be like having two Nexus 7 tablets sitting in front of me. It would certainly be easier to write this blog post if I had that, with the ability to swap easily between WordPress and a web browser to collect links for this article. Even without that, it’s still swift, responsive, and easy to use. If you’re a fan of Android, and of Google devices, Google hasn’t done too badly with this model.