Rare announces swashbuckling Sea of Thieves exclusively for Xbox One 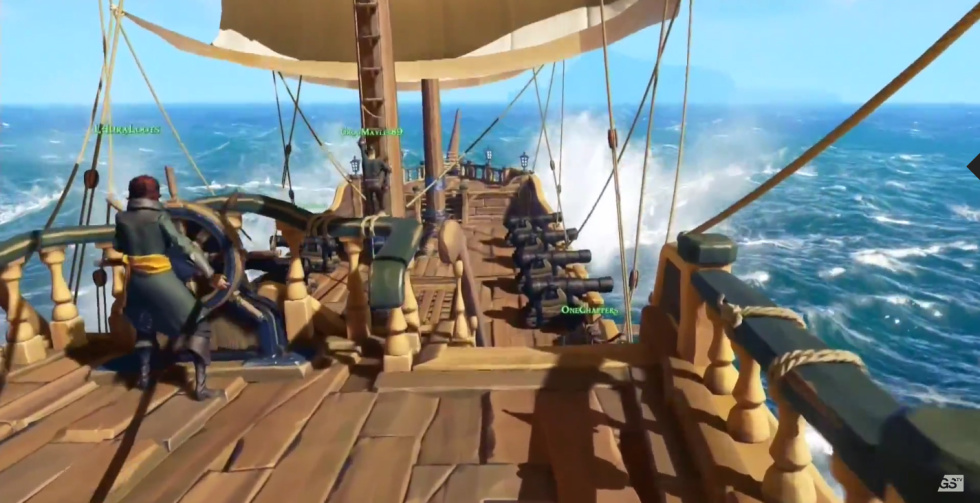 LOS ANGELES—At Microsoft's pre-E3 bonanza, the head of Rare studios announced "the most ambitious game [it] has ever created," Sea of Thieves. It will be exclusive to the Xbox One.

As you'd expect at this point, we know very little about the game except for the three sentences that Craig Duncan said on stage. It is "a game that will allow our players to have unique and memorable adventures together, a shared world adventure game. The freedom to play with limitless possibilities."

The gameplay video appears to show a multiplayer adventure game, with characters running around a very colourful, Caribbeanesque world. There are huge pirate ships, of course, which you can run around, and it seems like you can engage into ship-to-ship combat, with ships ramming and firing cannon balls at each other. (It wasn't clear if players would control the ships, however.) One particularly swashbuckling scene in the teaser showed a player being forced to walk the plank over a school of sharks.