RCS Universal Profile rolling out on T-Mobile, starting with the Galaxy S7 and S7 Edge 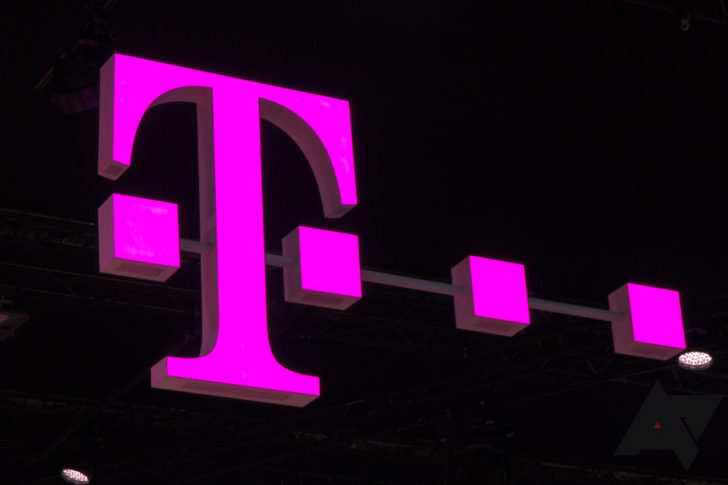 Back in March, T-Mobile promised that it would deploy the Universal Profile for inter-carrier RCS compatibility by the end of Q2 of this year. Although magenta subscribers have had RCS for in-network communications since 2015, and other US carriers have their own proprietary implementations, Sprint was the only one to support it at this "universal" level, courtesy of Google's Jibe. Now, with just two days to spare on its original estimate, T-Mobile is rolling out support for RCS Universal Profile 1.0. 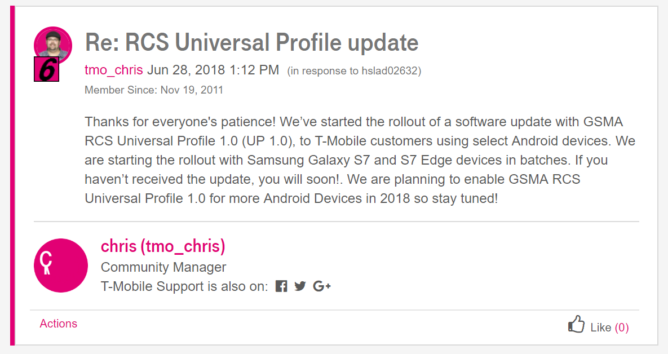 The announcement landed silently yesterday, via a post on the T-Mobile support forums. It seems the only currently supported devices are Samsung's Galaxy S7 and S7 Edge, and an update enabling the feature is rolling out in batches.

Technically, T-Mobile has just made its initially projected schedule, but it's unfortunate that support is currently limited to just a pair of phones. We've also received a few tips that an OTA for Oreo is rolling out over to the T-Mobile Galaxy S7 and S7 Edge, and it's possible that's the very update which enables this feature for the two devices.

Whatever the mechanism, at least one more carrier in the US is moving to the shared standard. Let's just hope a few more phones get the functionality soon. There are rumblings that we'll be getting a FAQ to answer some of our questions next week, so stay tuned.

Neville Ray, CTO for the house of Legere, has just confirmed that RCS Universal Profile is rolling out.