Read both books in this compelling Christian dystopian suspense series, absolutely FREE! W: The Planner & The Chosen by Alexandra Swann and Joyce Swann

W: The Planner & The Chosen

by Alexandra and Joyce Swann 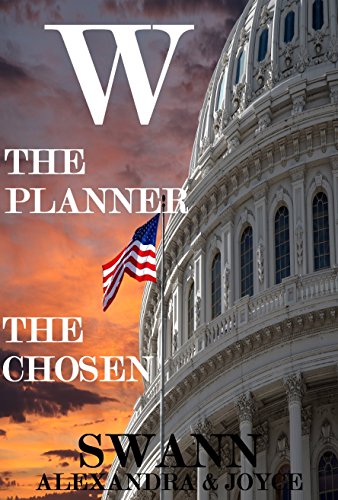 4.2 stars – 41 reviews
Kindle Price: FREE!
2-in-1 BOXED SET ALERT!
Text-to-Speech and Lending: Enabled
Don’t have a Kindle? Get yours here.
Here’s the set-up:

W brings together both books from this compelling series in a new box set.

The Planner:
Once a top-producing real estate agent with a successful business and a beautiful home, Kris Mitchell is a victim of the economic downturn. She has lost her home to foreclosure, and her long-time boyfriend has married someone else. Just when she has almost given up hope for a better future, an opportunity presents itself for her to become a Level 1 Planner for a newly created federal agency that will implement the Retire America Act.

After persuading her own aging parents to sign over all of their assets, Kris learns that the government’s plan to confiscate the wealth and property of America’s retirees in exchange for life-long care in the Smart Seniors community has some serious downsides. As she relinquishes more and more personal freedom to hold onto her job, she discovers what it means to trade liberty for a steady government paycheck.

The Chosen:
In this compelling sequel to “The Planner”, Homeland Security is using the National Defense Authorization Act to incarcerate tens of thousands of Americans in secret government prisons where they are never heard from again. Michael Linton and Jeff Conners call attention to abuses of government power by setting up “The Wall”, a website which publishes the names of all those who have vanished. Soon federal agents dub “The Wall” the greatest act of terrorism in U.S. history and arrest Michael and Jeff as domestic terrorists.

Michael’s wife Kris and her brother Keith know that the time has now come for them to stand up for the Constitution and fight for the laws of their country.

“What a great book. This book reminds the reader of what we as a nation have to loose if we give away our freedom and we allow God to be removed from this country.” 5 star review