The Real-Life Friendship of Houdini & Doyle 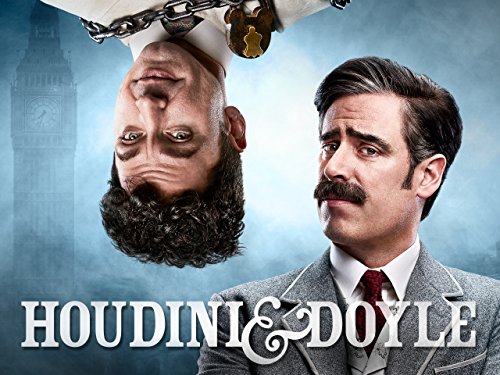 In the show, the pair assist Scotland Yard with cases that seem to have a touch of the supernatural about them. Doyle is the one who wants to believe, while Houdini wants to debunk.

Between Doyle’s medical training and understanding of the criminal mind, and Houdini’s skills with lock-picking, hair-raising escapes and recognizing fakery when he sees it, these two make a formidable crime and mystery-solving team. 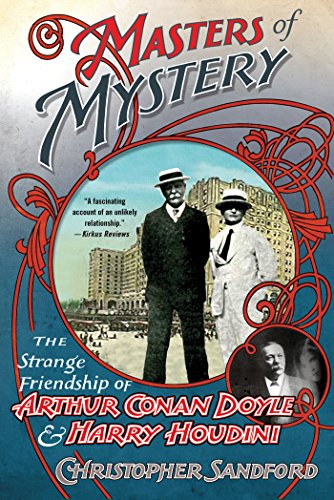 Of course the show is fictional, but the relationship between the great men was not. If you’d like to learn more about it, try Masters of Mystery: The Strange Friendship of Arthur Conan Doyle and Harry Houdini (4/5 stars, currently priced at $7.99). From Amazon:

At the time, Conan Doyle had given up his lucrative writing career, killing off Sherlock Holmes in the process, in order to concentrate on his increasingly manic interest in Spiritualism. Houdini, who regularly conducted séances in an attempt to reach his late mother, was also infatuated with the idea of what he called a “living afterlife,” though his enthusiasm came to be tempered by his ability to expose fraudulent mediums, many of whom employed crude variations of his own well-known illusions. 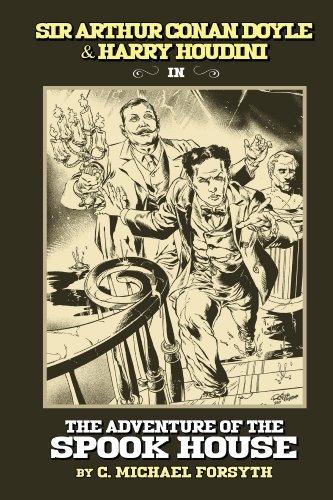 Those who prefer to read about the fictional adventures of Houdini and Doyle will want to give Sir Arthur Conan Doyle & Harry Houdini in The Adventure of the Spook House (4.5/5 stars, currently priced at $5.99) a try. From Amazon:

The year is 1922. A respected judge inexplicably vanishes in a decrepit mansion and two of the world’s most remarkable men are summoned to investigate: Sir Arthur Conan Doyle, creator of Sherlock Holmes, and Harry Houdini, the world’s greatest escape artist.

Aided by a beautiful young psychic, the unlikely partners probe a mystery that becomes murkier and more perilous at every turn and brings them face to face with evil incarnate. To solve the riddle of The Spook House—and to survive its dangers—they must call upon all of their extraordinary mental and physical powers. The story draws upon the real-life friendship of Conan Doyle and Houdini, two vastly different men brought together by their fascination with the paranormal.

Tech Tip of the Week: Stop Robocalls With The Free, FTC-Approved Nomorobo Service