'Reaper: Tale of A Pale Swordsman' Review - A Cool Free to Try Action Game With a Confusing Pay Model

I like most of Hexage’s iOS offerings, Reaper: Tale of a Pale Swordsman [Free] included. They have worked consistently to cement a signature art direction with each of their IP - colorful, simpler art that is easy on the eyes – and have backed up each new game with engaging mechanics to solidify its gameplay.

Reaper is no different.

As the Black Swordsman, you venture forth into the Wilderness to do everything one would expect an action-RPG to task. Those mundane quests are not important, much like the rest of the often charming and funny branching narrative Tale of a Pale Swordsman offers. Sure, the events that pass in Reaper help lightly build a world and characters, but also never get in the way of the combat – the meat and potatoes of this game. 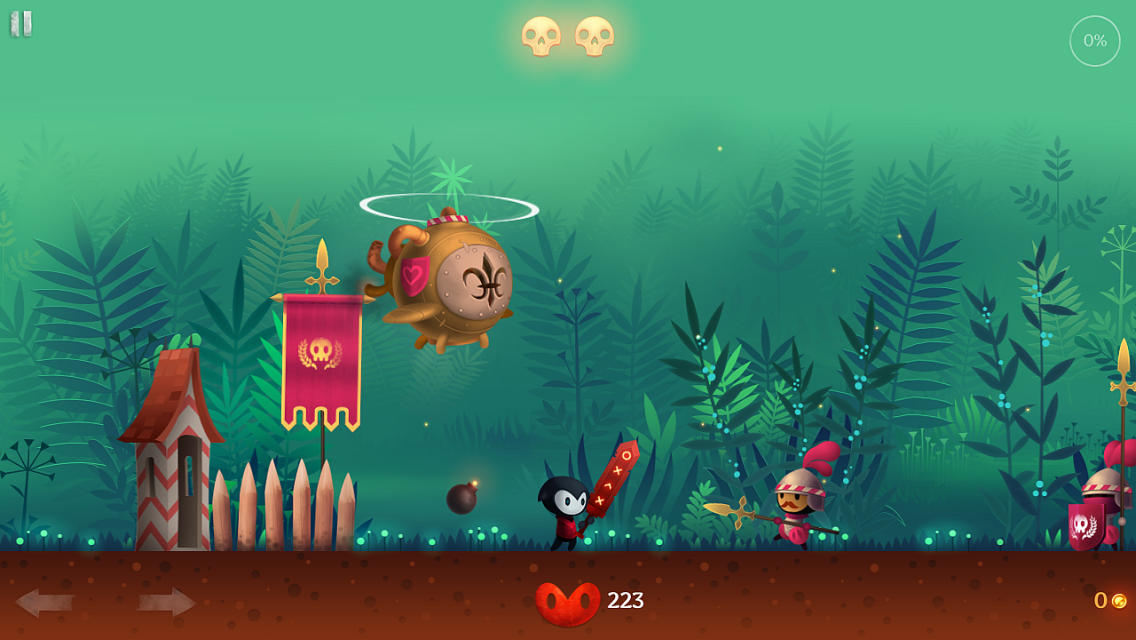 Combat is wonderfully methodical, occurs randomly - as well as during scripted quest events - and never fell victim to control frustrations or inconsistencies. Controls are gesture-based, flawless, and lend themselves to the pacing of the combat. Things like swiping up to pop-up an enemy for additional juggle damage or swiping left/right to dash-attack are very intuitive and quickly comfortable.

Combat encounters are essentially battle-arenas containing a set number of enemies to kill. Each arena, containing dangerous obstacles to avoid, are nicely designed and help freshen up each encounter as you persistently upgrade your pale swordsman with the XP earned from all those fetch quests. Enemies are also well designed and vary enough to keep combat engaging, ranging from those who can only be attacked from behind to pesky flying projectile launchers.

Reaper is free to try, up to a character level limit of 10. From there you must decide on one of three editions of purchase for Tale of a Pale Swordsman - a purchasing model I feel confuses the potential buyer into buying into the game either not enough, or too much. (Gross.) Adventure (edition) is $2.99 and simply more of what you saw from the freemium. For a respective $1-2 dollars more Destiny and Dark Legend adds some more fun to the mix with a gambling combat arena, repeatable quests, higher level dark loot, and more. 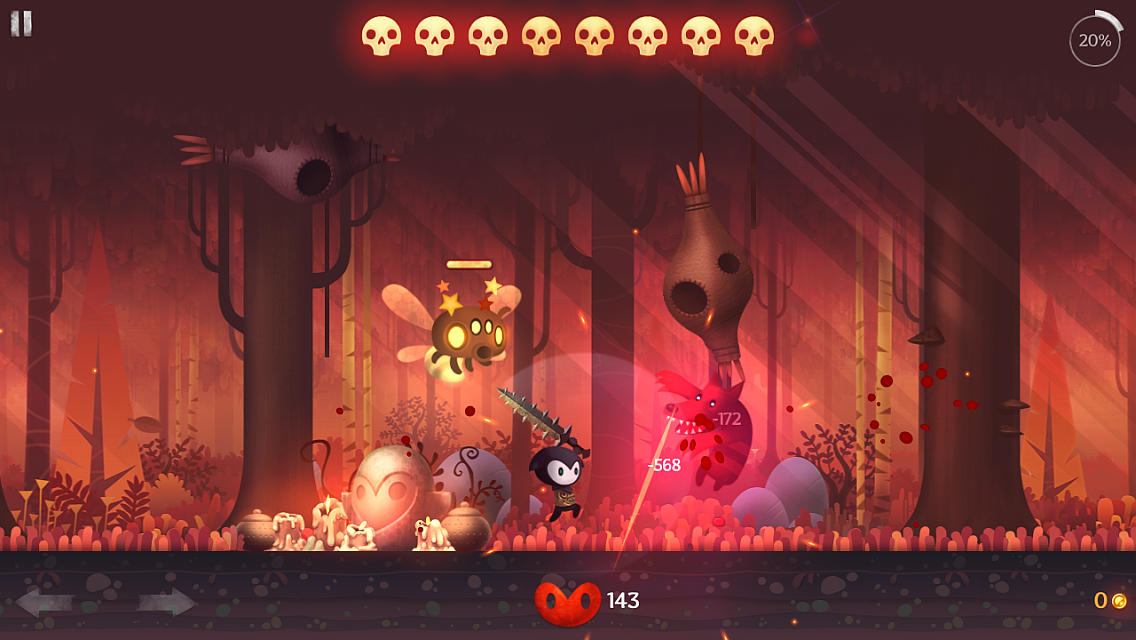 How the player is expected to know which edition to invest in is beyond me. These pricing models are unfriendly to the consumer and just not the kind I often stand by. I can say I quite enjoyed the additional content found in the Dark Legend edition, but not enough to recommend it to anyone who’s not head-over-heels for the game once prompted for a purchase.

With Tale of a Pale Swordsman it’s going to come down to how much you like it’s combat, as much of the game is one note. I found it fun in short bursts – if not for a bit long-winded in later stages of the game – and loved how it grew more comfortable, and easy to manage, the more you play. As far as built-for-mobile action RPGs go, Reaper is worth every free second you have - if you find yourself enjoying what you see from the freemium period. The beauty of free-to-try is… you get to see for yourself. My job is then to tell you what comes after.

In Reaper’s case: more of the same... which isn't necessarily a bad thing.