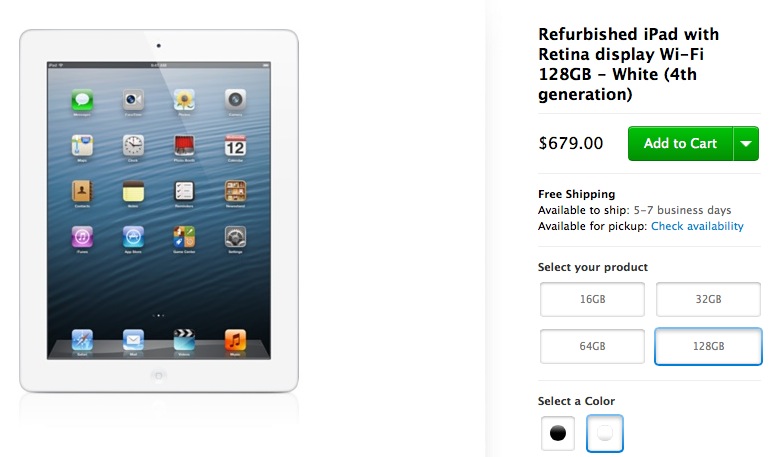 The only cellular model currently available through the refurbished store is the white AT&T model, which carries an identical 5-7 business day shipping estimate and is priced at $789, a $140 discount compared to brand-new pricing.

Apple launched the 128 GB fourth-generation iPad in early February, several months after the release of lower-capacity models that saw updated internals and a move to Apple's new Lightning connector.

The fifth-generation iPad is expected to debut as soon as next month with a redesigned body taking design cues from the iPad mini, giving the full-size iPad a significantly narrower and thinner profile.