A Samsung Electronics-made device bearing the model number SM-N935S — likely the refurbished variant of the Galaxy Note 7 — appeared in the database of popular mobile benchmarking tool Geekbench earlier today. The handset that’s set to be marketed as the Galaxy Note FE (Fandom Edition) and Galaxy Note 7R in select markets is expected to be mostly identical to its ill-fated predecessor save for the size of its battery, and its Geekbench listing seemingly confirms as much. As per the benchmark’s results, the refurbished Galaxy Note 7 model is powered by Samsung’s in-house Exynos 8890 system-on-chip (SoC) and 4GB of RAM, the same hardware that was found inside of the original handset. Geekbench doesn’t test battery capacity, but previous reports put the size of the unit powering the device at 3,200mAh, 300mAh less compared to the one inside the Galaxy Note 7.

Another difference between the phablet that launched last August and the newly benchmarked one pertains to their software, with the Galaxy Note 7R/FE running Android 7.0 Nougat at the time of its testing and its predecessor launching with Android 6.0.1 Marshmallow. The original Galaxy Note 7 was never officially updated to Nougat as the South Korean original equipment manufacturer (OEM) discontinued it long before optimizing that particular build of Google’s operating system for its device lineup, though the flagship was initially set to become the first Galaxy-branded product running Nougat. The OS that’s expected to be pre-installed on the Galaxy Note 7R/FE is presumably mostly identical to the one that the Galaxy S8 and Galaxy S8 Plus are running out of the box, though no concrete details on the matter have yet been revealed by Samsung.

The refurbished variant of the Galaxy Note 7 is set to be sold in China, South Korea, and possibly a number of other Asian markets, with the Seoul-based tech giant previously confirming that the handset won’t be officially available in the United States or any other Western market. While the company has yet to clarify on the matter, it’s understood that its top management decided against launching the device in the West due to the fact that the Galaxy Note 8 is nearing its release and the Galaxy S8 lineup is selling well, with Samsung not being keen on introducing a competitor to its latest flagship products, especially in light of the fact that last year’s Galaxy Note 7 fiasco made the most negative headlines in the U.S. 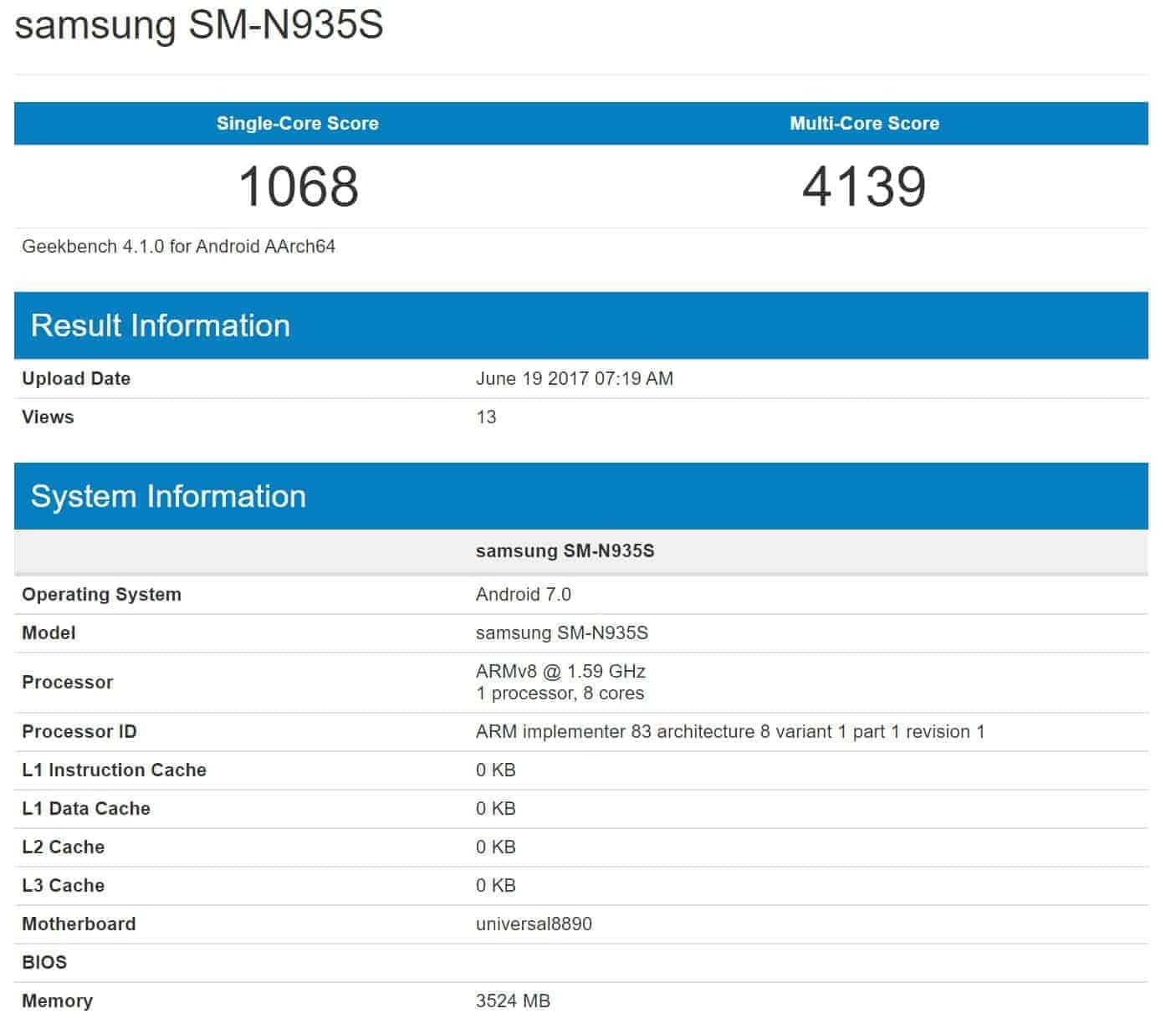