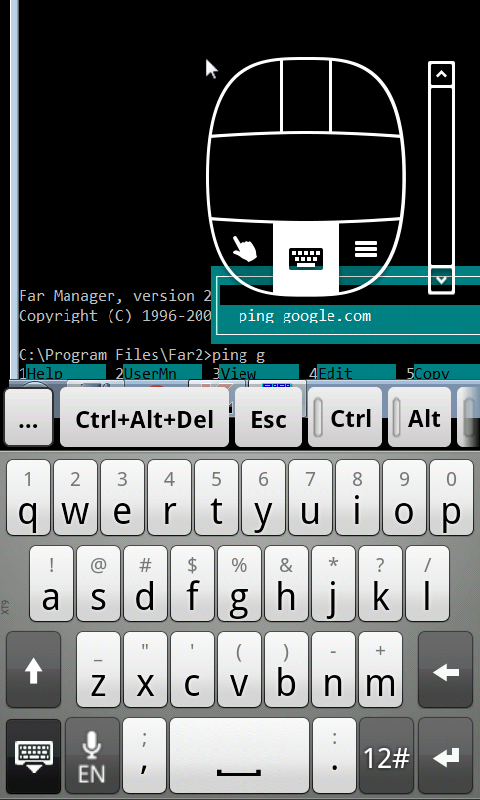 Remote Ripple 2.1 improves the usability of its “mouse tool”, an in-app widget that appears on a screen of user´s device as a transparent mouse with six buttons and a scrollbar. Activated by a single tap, “mouse tool” provides users with access to all functions of Remote Ripple. It allows the app to fill the whole screen of an Android device with the image of the remote desktop without cluttering it with menus or control elements. The update makes it easier for users to keep track of the “mouse tool” while changing the orientation of the device or using the virtual keyboard. Remote Ripple 2.1 also gives users an opportunity to use an external mouse connected via USB or Bluetooth as an alternative to “mouse tool”.

The app interface in Version 2.1 has also received a variety of important tweaks, reducing the number of menus and making it more user-friendly and intuitive. Moreover, Remote Ripple now saves the mouse pointer position and image scale for each separate connection, ensuring the consistent display of desktop in each consequent connection.

Finally, the update adds German and Spanish to previously existing English and Russian languages and fixes a problem with in-app purchases that made it impossible for some users to upgrade from free to PRO edition.

Remote Ripple runs on Android 2.1 and higher and is available for download from Google Play Market in free and PRO editions.