The revamped Xbox One controller fixes the bumpers 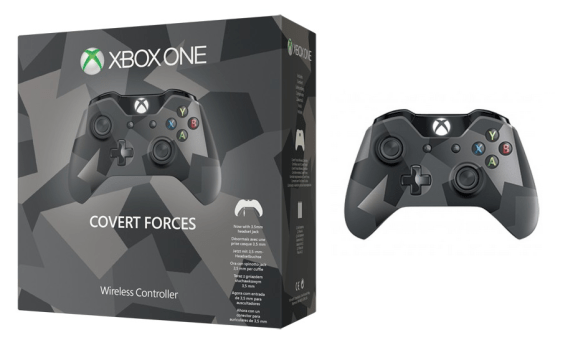 LOS ANGELES — Microsoft hasn’t stopped iterating on the Xbox One since releasing the console, and that has spilled over to its primary input device.

The Xbox One gamepad is different now, and we’re not talking about the $150 Xbox Elite controller. Microsoft has started selling a revamped version of its standard Xbox One sticks, and it fixes one of the biggest complaints lobbed at the original: the shoulder bumpers. I tried the new Xbox One controller yesterday at the Electronic Entertainment Expo industry tradeshow, and those bumpers work so much better now.

Fans have criticized these buttons since they first got their fingers on them in 2013. The most common problem is that it is difficult to press and hold down the bumpers for extended periods of time. It always feels like the bumpers are forcing back against your presses to go back to its natural, unpressed state. This means that the buttons work fine for clicking actions, but if you ever needed to hold them during certain levels, the failure rate was higher for many gamers.

I played through a match of Gears of War: Ultimate Edition using the new controller, and one of the first things I did was play around with the bumpers. I immediately noticed that the pushback from these buttons was so much less that was no longer a problem. Instead of feeling like the bumper is struggling to break free of my finger holding it down, the button feels like it has two distinct but nearly equal states.

Now, when I press the bumper, my finger can easily hold it like that without effort. But Microsoft didn’t lose any of the pop or snappiness in making this adjustment. When I let go of the button now, it flicks back into its original position in a satisfying manner. This also feels better than the original.

The bumpers aren’t the only changes to the Xbox One controller. Microsoft also built-in a 3.5mm headphone jack. That combined with the new buttons totally justifies its existence, and it’s great that new Xbox One owners will get this version instead of the older model. But I’m also unsure how many current owners will spend the $60 to upgrade.