Review: Get work done anywhere with an iOS device and Logitech’s Keys-To-Go

Instead of a keyboard case that can only be used with a single tablet, Keys-To-Go is even more of a portable solution. Weighing less than 7 ounces, it is thinner than Apples latest tablet. And its small footprint is even more amazing in person – it can easily fit in a bag, purse, or other luggage without taking up any additional room.

Keys-To-Go is measures in at just 6mm thick.

Like other some keyboard cases from Logitech, the Keys-To-Go is covered with a FabricSkin coating. That means it will resist spills, crumbs, and other dirt and grime. It can be wiped completely clean with a cloth.

The keys themselves almost melt into the device itself, which is both a blessing and a curse. While making it slim and easy to carry, touch typists will need to be prepared for a learning curve. It took me a day or two of use to finally get used to the feeling of the different keys. But after that it hasnt been a big issue.

Overall, the keys are well spaced and havent given me any issues. And Logitech has even taken care of one of my pet peeves with smaller keyboards by providing a larger than normal delete key. The top row also contains a number of handy iOS-specific shortcuts like volume control, search, a home button and more.

Ive also been really pleased with the versatility of Keys-To-Go. Instead of being attached to just one iOS device, Ive been able to use the keyboard with both my iPhone 6 Plus and iPad Air. In fact, Ive been looking for an iPhone 6 Plus case with a kickstand so I can bring the keyboard along with me more often. It can even be used with an Apple TV.

The on/off switch is located on the side of the keyboard, along with the mini-USB connector. Logitech says it only needs to be charged every three months with normal daily use.

Logitech has another hit withKeys-To-Go. While some users might prefer a dedicated keyboard option like the wonderful Clam Case Pro, this option is great for those who need to get work done on multiple iOS devices. And clocking in at just $69.99, it is significantlyless than many other similar solutions. That makes it a winner. 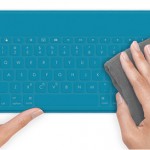 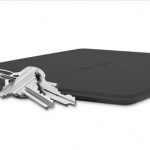 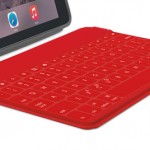 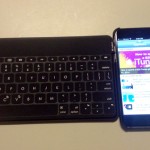 Review: Get work done anywhere with an iOS device and Logitechs Keys-To-Go is a story by AppAdvice.com
AppAdvice - iPhone, iPad, iPod, App Reviews + News
Get the latest tips & apps for your Smartphone