Review: We wear Samsung’s Galaxy Gear 2 and Galaxy Fit so you don’t have to 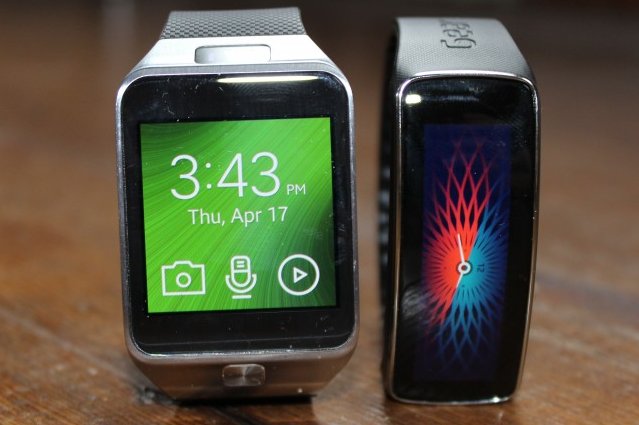 The Samsung Gear 2 and Gear Fit after a week of wrist-derived wear-and-tear.

When the Galaxy Gear wristwatch launched last fall, the results looked like a Samsung panic move. Someone at the company must have thought there was a race to beat the other mobile-world titans—namely, Google and Apple—to a wearable, phone-like accessory for mass consumption, so they assembled a watch with some decent ideas and rushed it to market. Touchscreen, microphone, camera, pedometer, and more, all within wrist’s reach.

To this date, Google and Apple haven’t launched their own watches yet, but Samsung hasn't capitalized on that vacuum with its debut Gear. The watch wasn’t sloppy by any stretch, but it was slow, bulky, and limited enough to encounter the common consumer complaint: What do people need a “smart” watch for? Isn’t a phone enough?

Last week, Samsung used the Galaxy S5’s launch as an opportunity to refresh its smartwatch line. In brazen, damn-the-torpedoes fashion, the company has gone so far as to launch two distinct offerings: the $300 Gear 2, a direct refresh of last year’s model, and the $200 Gear Fit, a thinner, simpler option. One for each wrist, maybe?