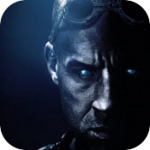 Gaming Corps’ latest iOS stealth-action jam should have been more than just a famed-franchise tie-in, but it is not. Instead Riddick: The Merc Files [$2.99] simply uses the Riddick name to season up the stale stealth game it currently has on its hands.

Lacking narrative: The Merc Files is just 16 maps of cheatable stealth scenarios you play 3x thru, in each mode. Escape [mode] asks you to simply escape, seen or unseen. Take-down forces your hand at taking-down a target before escaping. Fetch has you – of course – fetching an object and bringing it to an exit. Completely: succeed, rinse, and repeat. Never was there any reason for this game to be a Riddick IP, besides its assets, and that’s a bit disappointing considering those who find the Riddick universe interesting.

As an overhead stealth game on a touch platform, it controls wonderfully. Tap to sneak, double-tap to run, and swipe to rotate camera – as you should expect. Sadly, though, the controls are one of the only things I left The Merc Files enjoying – and even then it was never immune to crampy-ness on a phone screen. 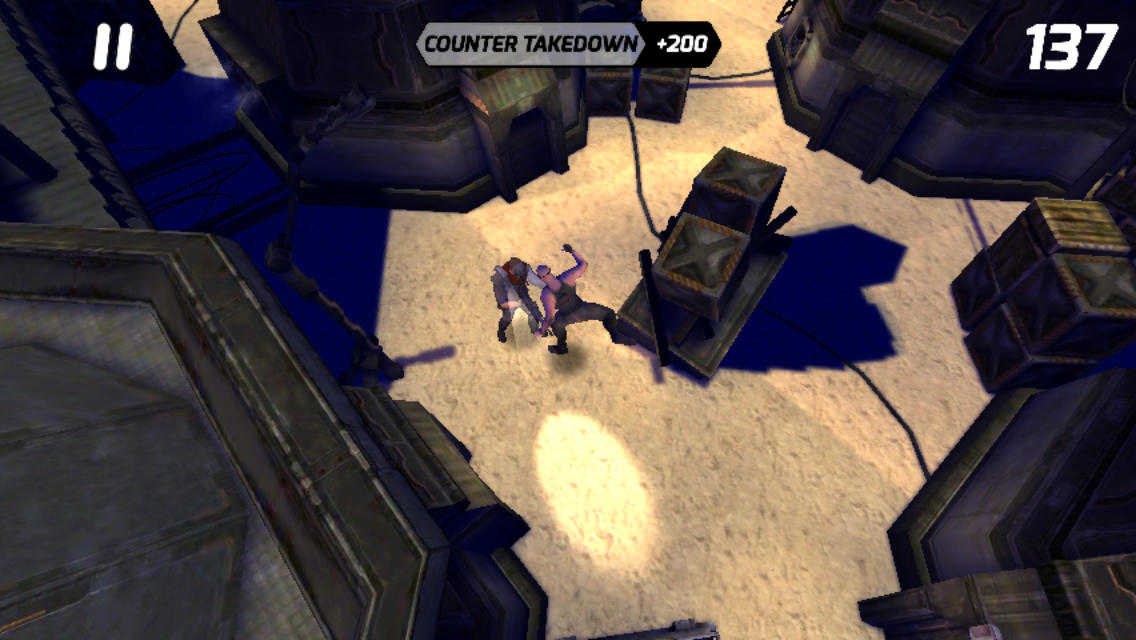 Levels are small and often too similar in design, leaving the game quickly feeling repetitive. A few more environmental-hazards could have fixed that. Nothing about the game is interesting. With no skills, or tools, its gameplay is composed of simply hiding in shadows and snapping a neck, which is A-OK if your enemy AI is smarter than a jellybean. Here enemy AI is stupid enough to die inches from you, and never – even in overwhelming numbers – posed a threat.

Sadly, Riddick: The Merc Files never gets fun, nor attempts to be interesting for a second. It’s a shallow movie-franchise tie-in that is easily mistaken as one of the good Riddick games – especially when the app description reads, “stealth action game from the creators of Chronicles of Riddick: Escape from Butcher Bay." In a game where you play a badass who can see in the dark: I never felt like a badass.

I guess if shallow stealth games are OK with you, you'll find this one to be a worthy entry to the app store. This is definitely not the iOS version of Riddick that rivals any of the franchises previous efforts, fair warning. In my opinion: your options for a more entertaining stealth game, on the App Store, are numerous.

I’m expecting Gaming Corps to stick by their promise for continued content, while - hopefully - coming up with something to spice up this current formula. It needs it.  It needs something… narrative, interesting design, fun scenarios… something more than just MORE of this. I don’t want more of this. It’s not good… nor good Riddick.