A rumored model of the Asus Zenfone Go 2 has been certified by TENAA, the Chinese telecommunications regulator. This smartphone, with a model number ASUS X015D, is one of the two devices speculated to be a part of the Asus Zenfone Go 2 lineup. The TENAA listing claims that this device will be available in black and mocha gold. The device weighs at around 175 grams, which can be noticeably heavier than other handsets. However, this extra weight is due to its massive 4,850mAh battery. The huge battery size, coupled with a 5.5-inch 720p display, should result in great battery life for the handset.

Looking into the internal specifications of the device, the ASUS X015D will be powered by an octa-core SoC comprised of ARM Cortex A53 CPUs clocked at 1.5GHz. According to a separate rumor, the said device will be based on a MediaTek platform, with the SoC identified as the MT6750. According to the TENAA listing, the Asus X015D may have either 3GB or 4GB of RAM, and either 32GB or 64GB of internal flash storage. The massive storage capacity of the smartphone should suffice for many users but just in case, device owners could expand the device storage with a microSD card. Meanwhile, there is a dual-camera setup at back of the device, of which either one or both cameras sport a 13-megapixel sensor. Despite the high megapixel count of the camera, the device only supports recording up to 1080p. Given the specs of the device, the Asus X015D is poised to compete against the mid-range offerings of dominant Chinese manufacturers like Huawei, Oppo, and Vivo.

In terms of connectivity, the device supports GSM, TD-SCDMA, and LTE networks. Due to the nature of LTE networks in China, the smartphone supports both FDD-LTE and TD-LTE. Bluetooth is also supported, though there is no word on what version of Bluetooth is supported by the device.  For those interested, the smartphone is capable of making VoLTE calls.  Software-wise, the device will be running Android 7.0 Nougat, though likely Asus will overlay a ZenUI skin on top of the OS. At this point, there is no information regarding the price and availability of the device but the TENAA certification could mean that the device should see a Chinese release soon. 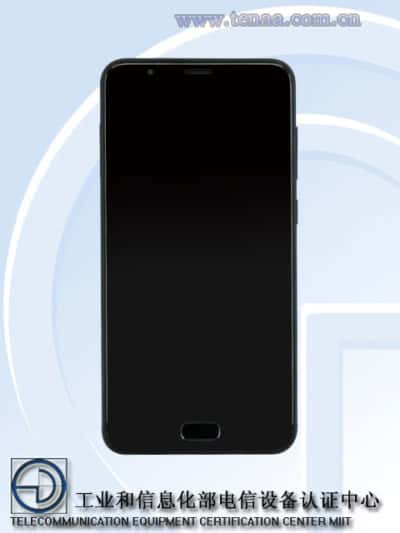 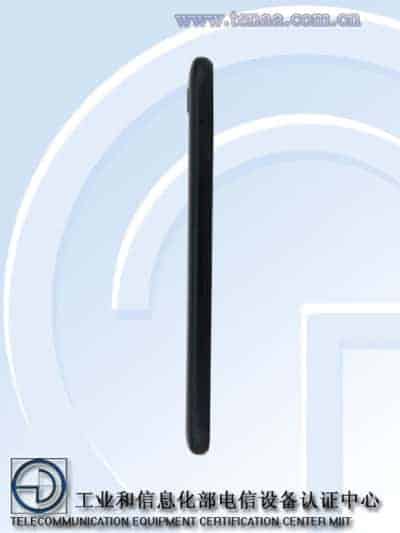 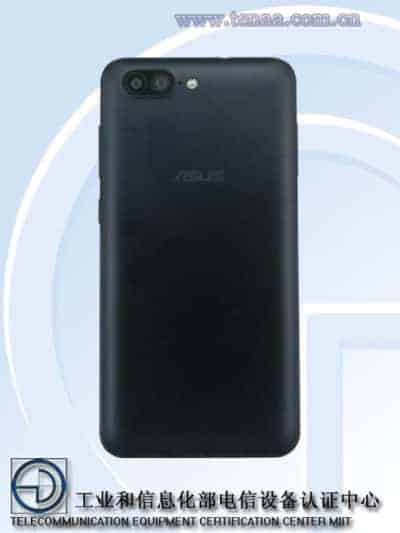 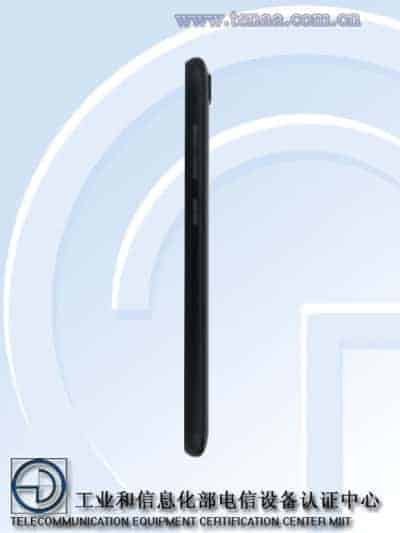 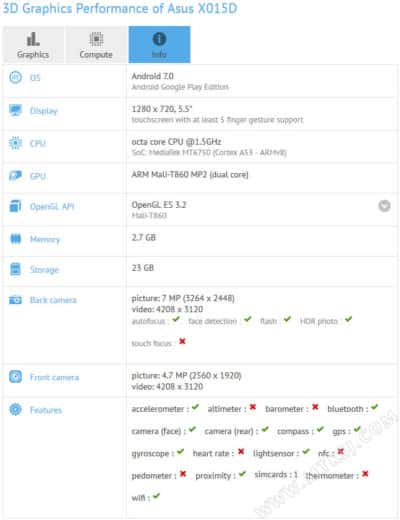