Ryan Bidan on the Galaxy S4: Software beyond what we've done before 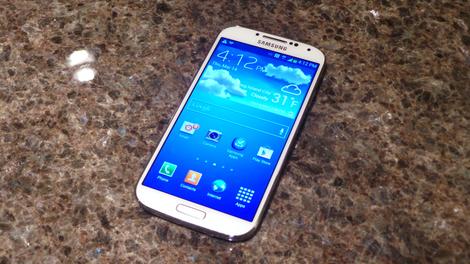 It's no secret that software played a major role during Samsung's over the top Galaxy S4 unveiling Thursday, with the hardware in many respects taking a back seat.

The phone's polycarbonate exterior is nothing to write home about, while a few users might mistake the device initially for its predecessor, the Galaxy S3.

Despite some deficiencies, the phone's still got enough going for it to make it a serious smartphone contender, if not eventual champion. TechRadar chatted with Ryan Bidan, director for product marketing for Samsung Telecommunications America, about the S4's virtues and vices. He unsurprisingly held fast to the software line.

"The important thing is we've really taken the software innovation side a lot further than we have on any previous device," he said post-unveiling. "We've really integrated a lot of features that we think a lot of people are really going to gravitate to and really use."

Among those features are S Health, Dual Camera, Smart scroll and Air Gesture. While S Health is practical in a keep-you-living-longer sense, the other features are arguably just fluff.

Bidan sees it a different way.

"Samsung is very much about offering choice. It's a very innovative device that has a lot features that are going to appeal to a lot of folks."

The hardware isn't something to shun, either.

"Right off the bat you're going to notice the 1080p Super AMOLED display," Bidan said. "Because it's a 5-inch display in a device that's the same size as the Galaxy S3, it's basically the entire front of the device.

"People will notice and take advantage of the camera too. It's 13MP, there's zero shutter lag, and you're really just able to take a great picture. And we've added a lot of great software features on top of that."

The camera experience is inspired by the Galaxy Camera UI, he explained.

"We really leveraged that for this camera, so we made it more discoverable, more unique and are making it start to feel more consistent across our line of products."

Bidan wouldn't go into the processor topic - "you'll have to hold tight on that" - so it's still up in the air which regions are receiving the Octo-core Exnyos 5 and which Qualcomm's Snapdragon S4 Pro.

Price range also remains an unknown, but Bidan did confirm that some of the features of the S4 will eventually make it onto legacy devices.

When it comes time to buy, while Bidan's job is to say a Samsung is better than a competitor's device, he offered a few reasons why the S4 should win out over, say, an iPhone.

"We've got a great looking screen, and we're actually doing a lot of stuff on the software side that you just can't do on other phones," he said. "Whether we're talking about Air Gesture, the stuff for the camera, there are a lot of features here that you can't find anywhere else."