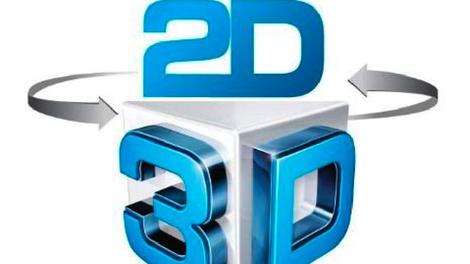 The Samsung Galaxy S4 may offer a 3D camera, according to a new trademark filing from the Korean firm.

Filed with the United States Patent and Trademark Office as trademark number 85866868, the mark is not exactly for a 3D Galaxy S4 lens, but instead a logo for a new 3D camera feature called '2D 3D Movie & Still.'

The logo has circular arrows pointing between the words 2D and 3D, indicating that the feature can convert movies and still images between 2D and 3D formats.

What device will support it?

The trademark's intended use for smartphones, as well as the recent filing date on March 5, has led to speculation that the feature is intended for the Galaxy S4.

The trademark could just as easily apply to the firm's tablets or non-smartphone cameras, so a 3D camera in the Galaxy S4 is far from confirmed.

All the trademark indicates for certain is that Samsung is developing a feature to convert videos and photos from 2D to 3D and vice versa.

The Galaxy S4 is set to debut at Samsung's "Unpacked" event on March 14, so there is little time left for speculation. TechRadar will be there with all of the latest, 3D camera or not.