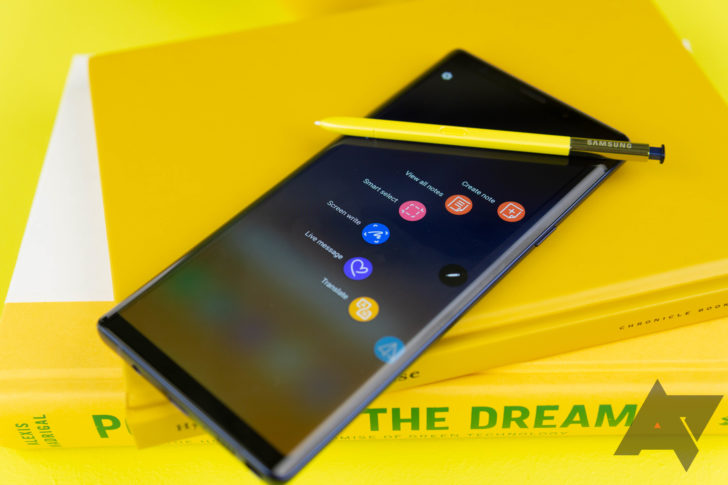 Samsung has been doing better with Android updates lately, often deploying monthly patches in lock-step with Google. That's only for the latest generation phones, though. Samsung's older devices will wait a bit longer, but it does still update them more reliably than a lot of OEMs. Case in point, the Galaxy Note 9 just got a new update with One UI 2.1.

Samsung started attaching numbers to its One UI releases with v 2.0, which makes it a little easier to keep track of new features. The v2.1 update, which clocks in at about 1.2GB, has appeared in Germany only so far. It comes with several of the features that debuted on the Galaxy S20 series. Naturally, you're still missing out on a little.

With the latest One UI, you'll get the new Single Take photo mode. That lets you capture images from all three rear camera sensors at the same time. There will also be a new pro mode and AR Zone functionality in the updated app. The Note 9 also gets Quick Share, which is a feature that lets you send files and Bluetooth audio to other devices. As usual, you can expect the update to pop up in other regions soon. If you've got a carrier-branded Note 9, the wait may be longer.