Samsung bites back at new iPad with Galaxy Note 10.1 comparison 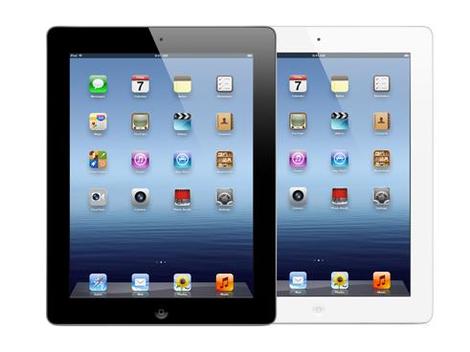 Rankled by Tim Cook's use of a Galaxy Tab to demonstrate Android's weak Twitter app during the iPad launch event last night, Samsung has retaliated by sending out a comparison chart pitting the new iPad versus the Samsung Galaxy Note 10.1.

In an argument that essentially boils down to 'we've got a stylus and Apple hasn't', Samsung points out that the Note 10.1 is "optimised for precision writing/drawing" and allows you to "write as you would with pen/pencil and paper" using the bundled S Pen.

It also bigs up the Note's ability to view two apps at the same time, work with them side-by-side and cut and paste content between them.

In a footnote, Samsung goes on to say that the Galaxy Note 10.1 is "lighter and thinner than the new iPad", has USB host functionality and a microSD slot.

One thing Samsung forgot to point out is that the new iPad has a release date and pricing, while the Samsung Galaxy Note 10.1 does not.

While we admire Samsung's gumption and don't really think Apple's Twitter app comparison was very fair or classy last night, we're not sure this bitchy spec comparison is really the way to go.

But what can we expect from two companies that are sworn enemies? Not content with battering each other in court and adverts, it looks like Apple and Samsung are taking this fight to the mean streets of the web.

Someone's mother needs to lock these two in a room together and let them thrash it out.

While we pointlessly wait for that to happen, check out hands on new iPad review and our hands on Samsung Galaxy Note 10.1 review to decide for yourself which brand to pledge your allegiance to.