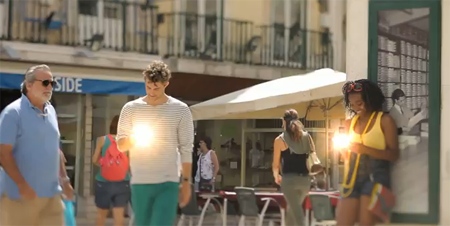 Samsung Mobile has dropped a new video on YouTube today which essentially amounts to a 30-second tease of things to come.  The company will be at IFA on September 1 where they'll be announcing 'something big'.  The quick spot hearkens back to the original Galaxy S II clips (1,2) that Samsung used to hype the first GSII device.  Everyday users (actors) are seen walking around in a state of bliss thanks to a device we can't quite make out.  But we already know what it is.

Our money is on 4G LTE version of the Galaxy S II with 4.5-inch display.  Why?  Because when we expanded the tags on the YouTube video we can see multiple references to 4G and LTE.  And as you know, this means faster not bigger.  So we're guessing the bigger is in reference to the slightly larger display.  The original Galaxy S and its successor, the Galaxy S II, both feature 4-inch displays.  And thanks to phones like the Infuse 4G and upcoming Hercules, we know Samsung has plenty of 4.5-inch displays up their sleeves.

We'll find out for sure come September 1, but we're optimistic that this "Unpacked' event is for a refreshed GS II.

You'll also see a reference to an Android app called Unpacked which should be available to download from Samsung or the Market.  We've yet to come across it, so keep your eyes peeled! 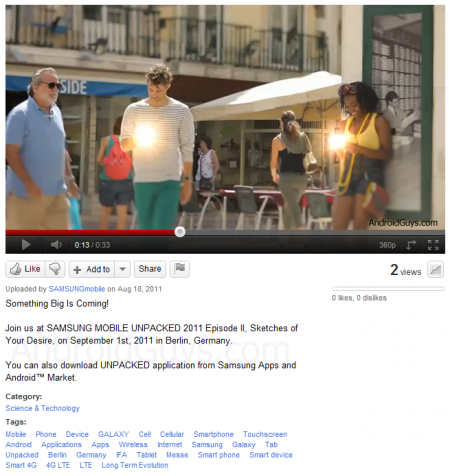