Samsung designer puts focus on device 'soul' instead of materials 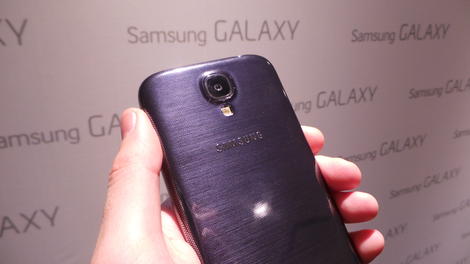 Samsung may be frequently accused of stealing Apple's design mojo, but the Korean manufacturer is forging its own path when it comes to the materials used to create them.

The former DivX and Google employee made it clear Samsung's design process "doesn't start with a material," instead focusing on the overall experience of using the smartphone.

"With Samsung, it's less about [the material] but more about building a meaningful relationship with technology," Miloseski mused.

This philosophy was certainly on display at last week's Samsung Galaxy S4 launch in New York City, where the company went to great lengths to pitch the device as a "life companion" instead of just another piece of hardware.

For Miloseski, that concept extends to the design process, where Samsung attempts to find the "soul" of each device it creates.

"I think the evolution of mobile is moving closer to connecting people to people, and the technology moves out of the way.

"There's also room for mobile to change, to reconnect us with the world around us," the design chief concluded.