We’re but a few weeks away from finding out officially, but Samsung looks to  be using multiple processor types for the flagship Galaxy S4. Reportedly, the U.S. model will house a Qualcomm Snapdragon 600 chipset while the rest of the world, namely Europe,  gets a Samsung Exynos 5 Octa. As was the case for the Galaxy S III, the former will be used for our 4G LTE networks while the latter is for the areas where it is not so widespread. 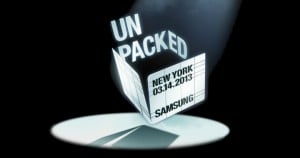 Recent rumors suggested that Samsung had dropped its own processor in favor of the Qualcomm chip but this new report somewhat clears things up. In essence, we should expect both.

Read more at What we expect: Samsung Galaxy S4