Samsung Galaxy J7 arrives at AT&T and T-Mobile, joined at the house of Legere by LG's Stylo 4 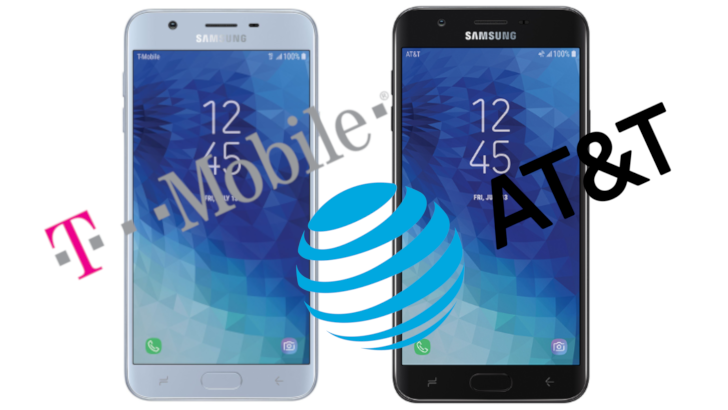 Most of us probably focus on flagships in the news—after all, it's the high-performance, expensive devices that get all the fun new features first—but there are plenty of other phones out there. The majority of people probably don't concern themselves with picking up the latest and greatest gadgets, and mid-range phones like Samsung's Galaxy J7 fill that niche. So those on a budget picking up a phone from T-Mobile or AT&T now have some added choice starting today, as Samsung's Galaxy J7 has arrived at both carriers. As an added bonus, T-Mobile also now has the LG Stylo 4. The J7 was previously available in the US from Verizon, Sprint, and Boost Mobile. On paper, it isn't the most impressive device, featuring a 5.5" 720p display, 1.6GHz 8-core SoC, 3,300mAh battery, 2GB of RAM, 32GB of storage, and a pair of 13 MP cameras fore and aft. But, they're pretty cheap, and sometimes that's all that matters.

Prices for both carrier variants—which have slightly different names and come in different colors, but appear to have the same specs—are as follows: The LG Stylo 4 is set to run the same $10/mo or $250 price from T-Mobile, but it steps up the specs, giving you a 6.2" full-HD display, and a Galaxy Note-like pop-out stylus. Even if you aren't that big on the Note-style input, the bump in screen resolution and narrower bezels could give it an edge over the two J7 variants just above.

2018 is looking to be a good year for mid-range phones, and these two new additions across the two carriers expand consumer choice quite a bit.