Samsung Galaxy Note 4 could have a flexible, three-sided screen 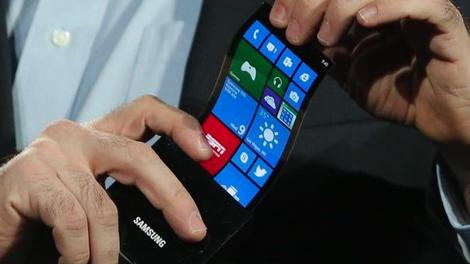 There are only so many times you can make a device bigger and more powerful before people start to get bored, or at least that might be Samsung's thinking if the latest rumour about the Galaxy Note 4 is true.

According to ZDNet Korea the Samsung Galaxy Note 4 may be equipped with a "Youm" flexible display, which is thought to be a more advanced version of the technology used in the Galaxy Round's display.

Perhaps even more interestingly the same site claims that "industry insiders" have told it that the Galaxy Note 4 will have a three-sided display, which would likely mean the sides of the phone would also have a small readable screen.

If this pans out then it's a huge design change for the Note line, which makes us a little skeptical that it actually will happen.

Then again, Samsung has already claimed the Note 4 will have a "new form factor" and it's been experimenting with curved screens for a while.

Plus a curved screen patent from Samsung popped up earlier this year. If it really wants them to take off then equipping a major handset like the Note 4 with one might be its best shot.