Samsung Galaxy Note 8 Leaks From All Angles In Four Renders

The Galaxy Note 8 apparently leaked from all angles on Thursday, with four clear renders depicting what’s said to be Samsung’s next Android flagship appearing online an hour or so ago, having originally been shared by BGR who attributed their creation to phone accessory maker Ghostek. The renders hence aren’t official but are meant to be an accurate representation of what consumers can expect from the upcoming device given how they’re said to be based on the product specifications provided by Samsung. The newly uncovered images are mostly in line with other recent leaks pertaining to the phablet, indicating that the Galaxy Note 8 will be slightly more rectangular than the Galaxy S8 and Galaxy S8 Plus but will otherwise be largely identical to Samsung’s pair of premium handsets released earlier this year.

One particular detail seen in the new renders that doesn’t match any previous sighting of the device pertains to the main imaging system of the supposed Galaxy Note 8. While virtually all insiders agree that the phablet will sport a dual camera setup on its rear panel, a number of relatively credible reports that emerged over the past few months suggested that the two sensors will be identical 13-megapixel units manufactured by Samsung Opto-Electronics. However, the images that can be seen in the gallery below show a handset with two sensors of different sizes, making it unlikely that the modules are identical in terms of capabilities. While it’s possible that the Galaxy Note 8 ends up shipping with two different lenses, a more likely explanation is that this is simply a design error on Ghostek’s part. Other characteristics of the smartphone seen in the renders match previous reports about the device, indicating that the Galaxy Note 8 will sport an Infinity Display panel and a dedicated Bixby button situate on the left edge of its case when viewed from up front, just below its volume rocker. The placement of the handset’s fingerprint sensor also hasn’t changed since Samsung’s last flagship, the renders suggest, showing a phablet with a rear-mounted scanner, though one that’s farther away from its closest camera lens than the unit found on the Galaxy S8 lineup was.

The South Korean consumer electronics manufacturer already confirmed that the Galaxy Note 8 is set to be unveiled in late August before hitting the market in September. While its exact launch date remains unclear, the smartphone will likely be available for hands-on sessions at this year’s iteration of IFA Berlin that’s scheduled to start on September 1. 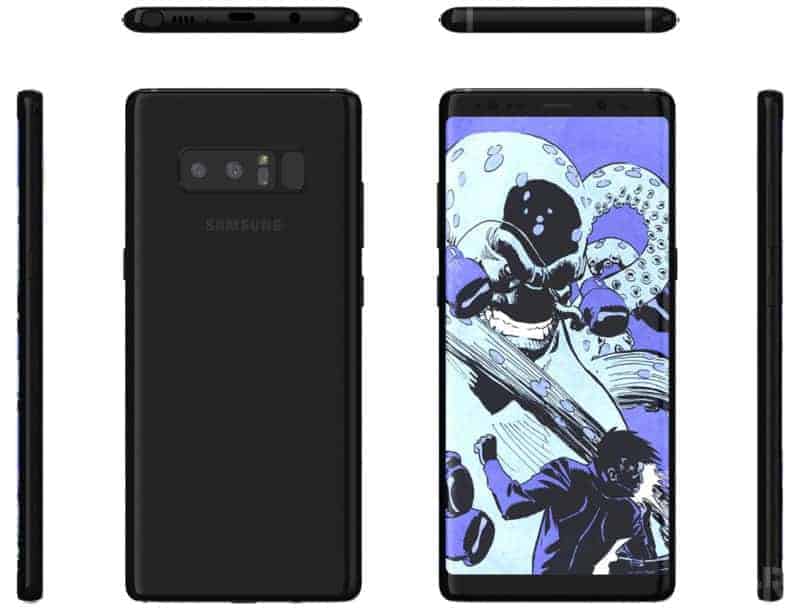 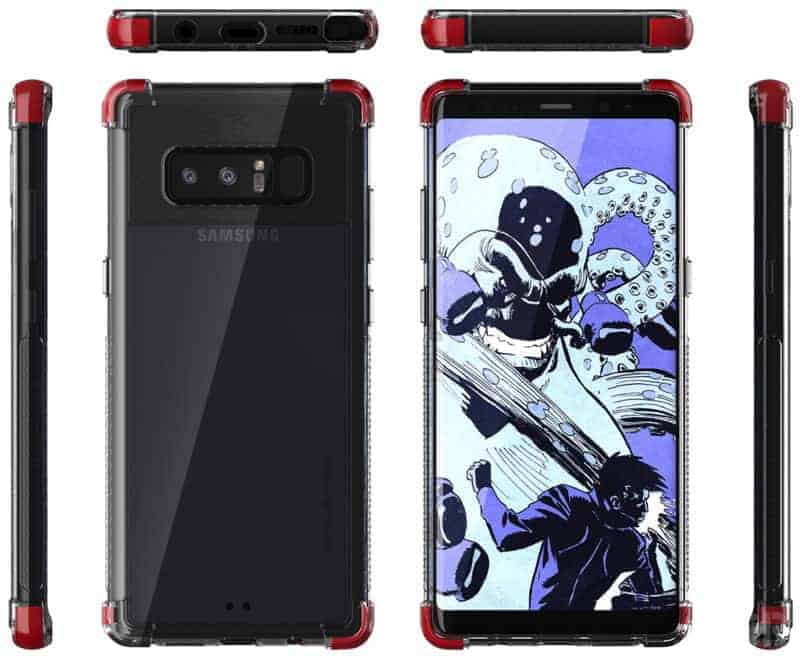 The post Samsung Galaxy Note 8 Leaks From All Angles In Four Renders appeared first on AndroidHeadlines.com |.