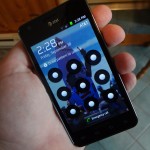 We reported a short time ago on a “security issue” facing AT&T’s Samsung Galaxy S II units. Apparently, when you unlock the phone and it goes to the lockscreen, merely letting the phone fall back asleep or “timeout” will allow you to quickly awake the device and bypass the lockscreen altogether. Well, in an effort to help qualm the situation, AT&T has already provided a quick fix. No, this isn’t some long drawn out OTA update that will get pushed to the device once it launches but some simple ingenuity. An AT&T spokesman had this to say,

Samsung and AT&T are investigating a permanent solution. In the meantime, owners of the Galaxy S II can remedy the situation by re-setting their time-out screen to the "immediately" setting. This is done by going to the Settings->Location and Security->Screen unlock settings->Timeout->Immediately.

Crisis averted. While this is by no means a permanent solution, it should get the job done. You may now go about drooling over the Galaxy S II and counting down the days until it’s October 2nd release date.