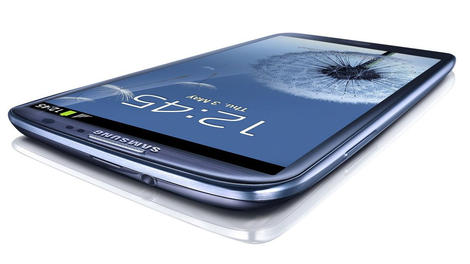 Just a few weeks before the launch of the Samsung Galaxy S3, an APK install package for S-Voice has been made available online, giving an early access preview to S-Voice, the Galazy S3's voice command utility.

The install of the APK file does require the Android phone to be rooted and for some of the permissions and directories to be altered.

Once installed, though, the application reportedly runs fairly well on the newest breed of Galaxy phones, according to recent reviews.

For mobile phones that can run the new software, S-Voice does just about everything Siri does. This includes navigating, opening apps, weather updating, contact searching, calling, and answering which phone is the best phone (just guess).

For anyone looking to get in early on the S-Voice action, be aware of the caveats that an unregistered, unverified APK install like this can present.

As plenty of the users on XDADevelopers have discovered, the application only works when installed in a very specific way on rooted phones running Ice Cream Sandwich, and even then some of the hardware hasn't been tailored to the kind of precise voice recognition the software needs.

While users with the Galaxy S2 and Galaxy Nexus have had more success than others, almost everyone experienced the bug with customizing the wake-up command, among other glitches.

As pulled preview content goes, it runs fairly well under the right conditions, but shouldn't be approached as a completed, hassle-free product.

S-Voice also makes use of Vlingo, a voice-command service already available from the eponymous third-party company, which has given rise to some speculation that the "S-Voice APK" is really just Vlingo in Samsung's clothing.

Judging by Samsung's recent stage demo of S-Voice, this APK is the real deal, and just uses Vlingo's code for some of its social network capabilities.

Regardless, Samsung mobile users eager to start chatting with their phones won't have to wait much longer, as the release of the Galaxy S3 is right around the corner. Look for the new, un-rooted S-Voice device on May 29 in Europe and June 1 in North America.