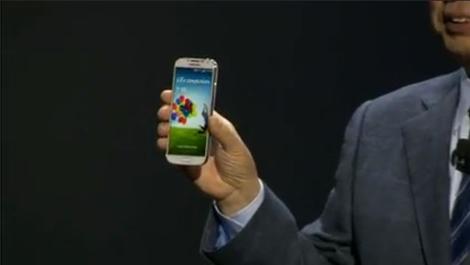 The Samsung Galaxy S4 could better your health thanks to its new S Health feature that tracks various exercise and physical fitness metrics Samsung announced today.

"The Galaxy S4's numerous sensors track the amount exercise you get and can calculate your calorie consumption so that you can get healthier and make better decisions," the company revealed at its press conference.

In addition to on-board tracking technology, the fitness calculations are enhanced when combined with S band, body scale, and heart rate monitor accessories.

Samsung isn't just trying to make owners of its smartphone Galaxy S4 smartphone healthier, as nice as that is. It's also looking to take on health-focused products like the Fitbit, Nike FuelBand, and Jawbone Up.

Because Samsung Galaxy S4 owners are hardly going to be separated from their 7.9mm smartphone, this may be just as easy to carry around than the upcoming Fitbit Flex.

Even more interest is the fact that the company mentioned its S Health will be expanded to allow users to track their blood sugar and blood pressure levels.

This, might require different accessories, as the company didn't show off a Galaxy S4 compatible blood sugar or blood pressure add-on at its press conference today.

Samsung, of course, ended the S Health section with the disclaimer that this comprehensive Galaxy S4 feature is still not a replacement for an actual doctor. It's only a supplement with fancy, easy-to-read reports.