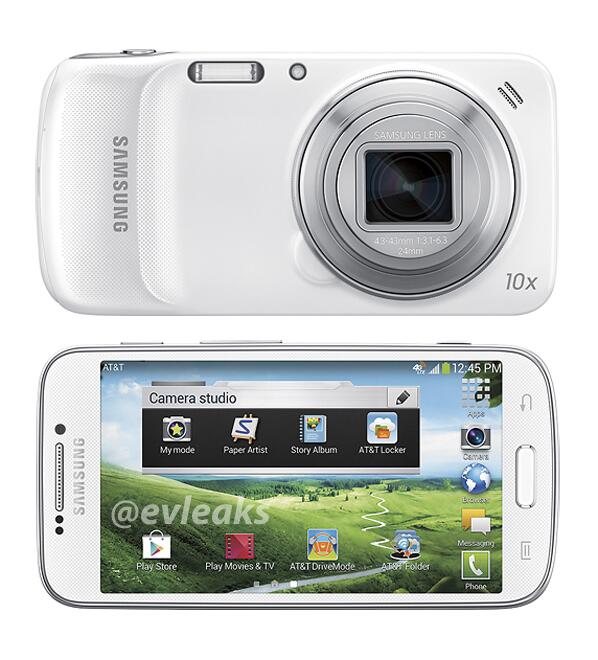 Our own Rob Jackson gave you guys a hands-on back when the device was officially unveiled back in June, and it looks AT&T might be the only carrier crazy enough to pick this one up. The device is definitely than a snicker. As a refresher, specs from the Galaxy S4 Zoom include:

The 16MP 10x zoom camera could be the deciding factor for soccer moms and Joe Schmoes. These types don’t necessarily need a super powerful smartphone, but might want to snap and share pics of the kids during family outings. You can see from the image, a few AT&T apps will be added to Samsung and Google’s. The only thing left is for AT&T to make the Samsung Galaxy S4 Zoom official.