Samsung Galaxy S5 Google Play edition: so, ummmm… where is it? 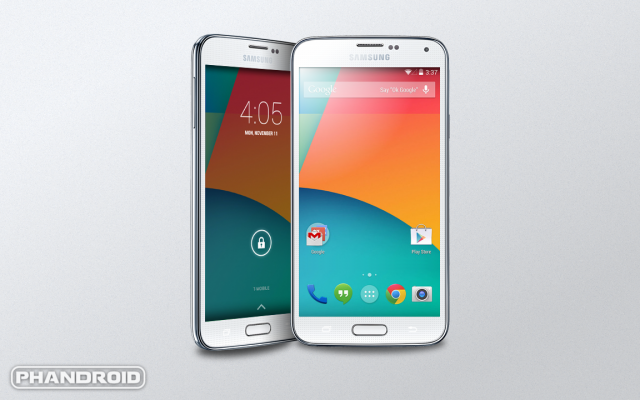 We’re hoping that it may have just slipped Samsung’s mind, but we have to admit we were a little disappointed to find out that, despite a worldwide launch early this morning, there still hasn’t been any mention of a Samsung Galaxy S5 Google Play edition. Worse yet, the fact no one seems to have noticed (or cared), could be a sign of its demand and the real reason we haven’t/possibly wont see one this year.

It was last year, we saw Samsung kick off the whole Google Play edition trend, debuting the Samsung Galaxy S4 Google Play edition at Google I/O running a near-stock Android build. Up until that point, it had never been done before and it was kind of a super big deal. Earlier today, we told you about the Samsung Galaxy S5 Developer Edition for Verizon Wireless, which seemed like a good time, if any, to at least mention a GPe version would soon be on the way. But still nothing from Samsung’s camp. It’s all rather puzzling, given strong competition from HTC who — along with the announcement of the HTC One M8 — wasted no time in mentioning a Google Play edition was also in the works (and is currently available on Google Play). 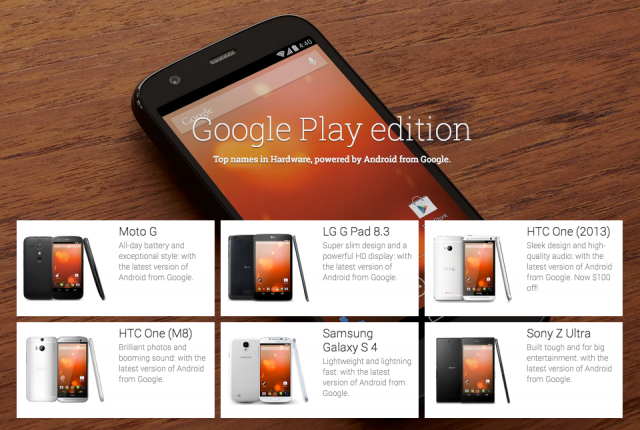 Perhaps Samsung’s gotten cocky, perhaps they want to keep the focus of the GS5 on TouchWiz, or maybe they’re simply waiting for Google to finish up work on Android 4.4.3, said to address a plethora of bugs introduced in Android 4.4.2. One thing is for certain — we know we’d love to get our hands on the Samsung Galaxy S5 Google Play edition, if or when it ever comes out. How about you?

P.S. Don’t even get us started the 32GB or “Electric Blue” Samsung Galaxy S5, two versions of the phone that don’t seem to be available for any carrier in the US at the moment. Talk about a major bummer…