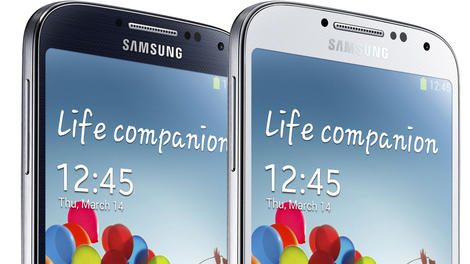 It looks like Samsung might be working on a smaller, much faster and much more efficient chip for the Samsung Galaxy S5, using its Exynos technology to bring out a chip to rival Apple's powerful A7 found at the heart of the iPhone 5S.

Samsung is said to be working on a 14nm (or 14 nanometre) chip for its new flagship, which would be half the size of the 28nm chip in the Samsung Galaxy S4, according to South Korean site DDaily, which is reporting that according to 'industry sources' Samsung is the tentatively-titled Exynos 6.

The smaller size should cut the power consumption of the chip by a large amount, and by using less power it also produces less heat, minimising the chance of the Samsung Galaxy S5 overheating.

Smaller chips have the transistors packed closer together, which means that they can work faster and more efficiently, using less power.

Most smartphones at the moment, including Samsung's, use 28nm chips and the next logical step down in size would be to 20nm, but Samsung seems to be skipping that altogether and jumping straight down to 14nm chips.

This follows on from previous rumours that the Samsung Galaxy S5 might use a powerful 64-bit chip. The move to 64-bits holds advantages of its own, as it will be able to work with more memory at once, allowing for devices with more than 4GB of RAM.

It's also better able to multitask and can better tackle demanding apps and processes than a 32-bit chip, improving performance in the process.

If all this is true then it then the Exynos 6 should be enough to out-do Apple, which recently made waves with the move to a 64-bit chip in the iPhone 5S.

Samsung will not only be able to match Apple with a 64-bit chip of its own, but actually one-up the Cupertino company with a chip that's faster, cooler and smaller.

The move to 64-bit architecture also opens the floodgates for more powerful Android handsets with a theoretically almost unlimited amount of RAM in the future.