Samsung Galaxy S8 Plus Getting Update to Solve Connectivity Issues 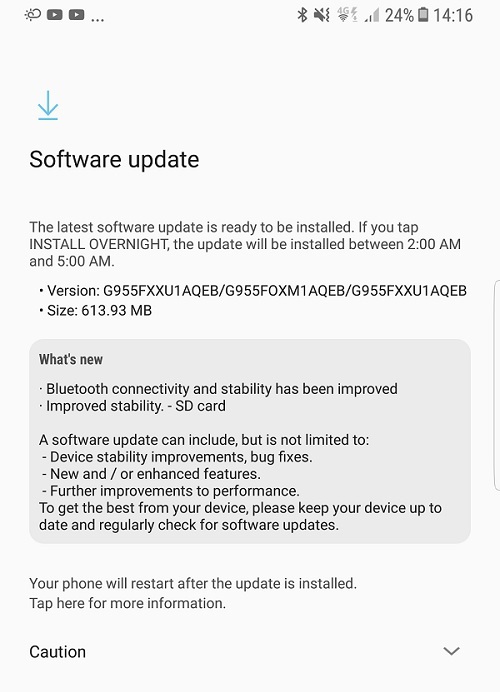 The Samsung Galaxy S8 Plus is available for purchase in Canada and if you have already purchased one you might have already noticed some connectivity issues.

If that’s the case, then you’ll be glad to know Samsung has taken notice of the problems and is already rolling out an update for the larger Galaxy S8 meant to fix the issues. The update is currently available in the United Arab Emirates, but is bound to hit America (Canada included) and Europe in the upcoming days.

The update brings improvements related to Bluetooth connectivity and stability, as well as SD card stability. In also bundles the May Android Security update. According to the folks at xda-developers the patch also includes a firmware upgrade for the camera.

The build weighs a hefty 600MB so don’t forget to charge your battery and find a good Wi-Fi connection before initiating the download on your phone.

While the Galaxy S8 and Galaxy S8 Plus have been received with a lot of enthusiasm by users everywhere, they arrived with their fair share of issues. Perhaps the most commonly known is the red display hue which annoyed quite a few users. Samsung already rolled out a software update to fix that issue, a few weeks ago.

The post Samsung Galaxy S8 Plus Getting Update to Solve Connectivity Issues appeared first on Android in Canada Blog.