The Samsung Galaxy S8’s one flaw… 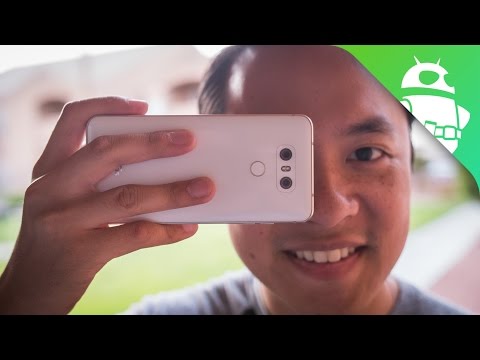 By now, you’ve probably seen our Samsung Galaxy S8 review, which means you’re already aware that this is one of the best Android phones of 2017 (so far, that is). Not only is it packed with features and in a compact form factor, it can also take one heck of a picture. It’s certainly a capable phone, but there is one thing that’s given us pause about the Galaxy S8… the lack of a dual camera setup.

Now, the point of this article isn’t to point out that all phones with dual cameras are better than the S8’s camera. In fact, the Galaxy S8 has one of the best cameras on the market. We simply want to explore the growing trend of dual cameras, and why the Galaxy S8 might be falling a bit behind by not providing that level of choice to consumers.

Smartphone cameras have come a long way over the past few years. We’ve gone from 1.2 MP, flip phone quality cameras to the old Cybershot cameras from Sony (I miss those, by the way). Now we’re in an era where not one but two cameras can be found on the back of our smartphones. We live in a pretty exciting time, especially for photogs; we have a greater degree of choice or even just sheer quality coming from our smartphone cameras.

So how did we get here? Smartphone photography, for the most part, has been something that we just historically dealt with; it wasn’t something that we pointed to as our first choice in capturing memories in high quality. The evolution, while inevitable, was definitely a slow burn. Slowly but surely, the smartphone camera was growing from the ‘camera you always had on you’ to the literal backup shooter in the hands of any experienced photographer. And social media has provided its own level of demand for higher production quality – think about the last time you looked at someone’s selfie and thought, “They must be using an old phone.”

That reaction came from a simple reality: camera phones used to suck. It was a reality that users simply had to accept, but why? The laws of physics. A camera sensor needs to flood in all of the possible light in a scene in order to accurately and effectively create an image. Users and reviewers used to begrudgingly compare smartphone sensors to the kinds found on DSLR cameras, knowing it was probably quite unfair.

After all, look at the widely regarded Sony A7 series cameras with their full-frame sensors that can bring in so much light onto its wide surface area. With all settings the same, think of how much easier it is for a DSLR to get the same amount of light compared to a really tiny area found in your typical smartphone. Yeah, far from ideal.

As a response to all this, companies resorted to other methods of improving the final product. A lot of the time, that meant software enhancements. In other words, taking the data that these sensors captured and inching out every little bit of color and detail to create an image that users would enjoy. Software enhancements will probably be a never-ending evolution, but we might one day find ourselves hitting the wall of diminishing returns.

Personally, I remember when I felt like these cameras were becoming incredible. It was when the Samsung Galaxy S6 was slated to come out. It was MWC 2015, which feels like an eternity ago. After the initial shock of Samsung moving away from plastic builds wore off, the camera was my main concern. And it was around that time that camera software was starting to embrace manual controls. For the S6, an aperture of f/1.9 was, until then, unheard of.

So, to get a better sense of the direction these cameras were going, I dusted off the Note 4 and used it in Barcelona for the rest of MWC 2015. It didn’t hit me until then… smartphone cameras were getting better and better and we were all going to benefit.

Recently, the trend has moved toward bigger pixels to fill the small surface area

And more recently, the trend has moved toward bigger pixels to fill the small surface area, presumably to flood in more light per megapixel. The result usually means less megapixels overall, which plenty of users were understandably a bit confused by at first. This was first popularized by HTC’s Ultrapixels, though nowadays we have cameras like the Galaxy S7 and the Google Pixel bringing down the megapixel counts down in order to achieve this better low light performance (and general performance).

Other companies were trying to think outside the box, however – an extra eye appeared on top of the HTC One M8, seemingly made for capturing depth data so that users could finally harness bokeh like never before. If you remember how that went, you know that it was a good idea that lacked good execution. But this idea would be taken further by other companies like Huawei and Honor. And in their case, it wasn’t just a depth sensor, but a monochrome sensor that also helped with detail.

Indeed, Huawei would stick to this formula for quite a while, currently culminating in the Huawei P10 and P10 Plus, phones that have gotten some high praise. What made me really like the P10 wasn’t just that it was a good quality shooter, but that it didn’t shy away from learning curves. To get the best out of that camera, users would need to become comfortable with the manual mode and learn its ins and outs.

Huawei P10 and P10 Plus review

In Android, choice was becoming the trump card for smartphone manufacturers. LG would take their own leap of faith in this regard via an extra lens wasn’t going to just bolster the existing experience, but give it a fresh perspective. The V10 would be that foray, putting an extra lens on the front so that selfies could fit in more than just your own mug. But the real fun began with the LG G5. Hardly anyone would call the G5 the phone of the year, but once you got past the failed attempt at modularity, the phone certainly had one great thing going for it – the dual camera.

Putting a wide-angle lens alongside the already well-received LG camera was a pretty brilliant move, making a smartphone capable of capturing the kind of perspective that was typically reserved for action cameras like GoPros. Now users could fit just about anything in the frame and the result was a warped but entertaining photo. And in the camera software, there was the ability to zoom from it to the normal camera so that you could find the exact focal length you wanted.

It wasn’t perfect, but it added a lot to the video and picture taking experience. Even just turning the phone over and taking a selfie with the wide-angle lens was fun enough to make me forget that it wasn’t the sharpest picture that didn’t have highly vivid colors.

And that continued with the LG V20, the followup to the V10 that continued the wide-angle rear camera goodness. The G5 had already piqued my interest as a secondary vlogging camera, and I brought that sentiment to my V20 coverage while at IFA 2016. Getting a wide perspective was great for vlogging not only because of its style, but because you didn’t have to worry about being in the frame. Rather, you were able to trust that everything was in the frame. Manual controls for the video made this a shooter that even hitRECORD founder and movie star Joseph Gordon Levitt endorsed.

And this craze for dual cameras even made its way to the Apple ecosystem – instead of a wide-angle lens, however, the iPhone 7 Plus opted for a telephoto for better zoom capabilities. Again, choice became the way for these companies to bring some fresh to the camera game.

So it’s obvious what I’m trying to say here – I love dual cameras. They were an interesting idea that became the perfect way for these companies to improve the part of smartphones that we want to be the best. And even though the traditional methods of smartphone photography are still around and still getting better – after all, look at how the Google Pixel has stuck to improving single lens performance – the ability to choose between different lens packages made the last year or so a hallmark period for mobile photography. So, think back to the time it took for single lenses to evolve. I am really excited to see where we go with these dual lenses.

Like I said, the Galaxy S8 is definitely one of the best phones of the year. But if you’re looking for a bit more choice in the optics department, you might want to consider a phone with a dual camera setup. And this isn’t to say that Samsung will never include a dual camera setup in future smartphones, but as of right now, the option isn’t available for Samsung buyers.

What are your thoughts on dual cameras? Is that an important feature for you, or are you not fully on board with dual cameras yet? Be sure to let us know what you think in the comments!