Samsung Galaxy Tab 10.1 ban will not be lifted for now 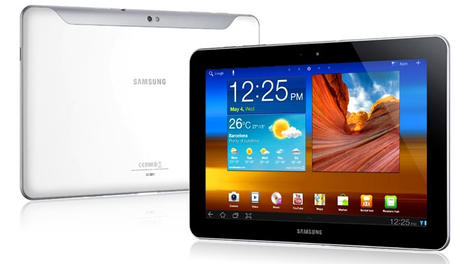 Samsung has failed to get an Apple-induced temporary ban on its Galaxy Tab 10.1 tablet lifted.

We reported last week that Apple had won its latest patent case, which resulted in temporary ban being imposed on the Samsung Galaxy Tab 10.1 in the US.

Samsung is set to launch its appeal on July 30, but the South Korean firm has acted quickly, as it asked for the ban to be suspended until the on-going legal battle between itself and Apple was over.

Unfortunately for Samsung, though, its request was shot down by US District Judge Lucy Koh, and the Galaxy Tab 10.1 is staying off the shelves in the US for the time being.

Apple's pursuit of a ban is due to the Cupertino-based firm claiming the Samsung Galaxy Tab 10.1 infringes the design and styling of the iPad and iPad 2.

The ban only applies to the Galaxy Tab 10.1, and not the Galaxy Tab 2 10.1, which has undergone some styling changes from the original tablet to protect itself from Apple's lawyers.