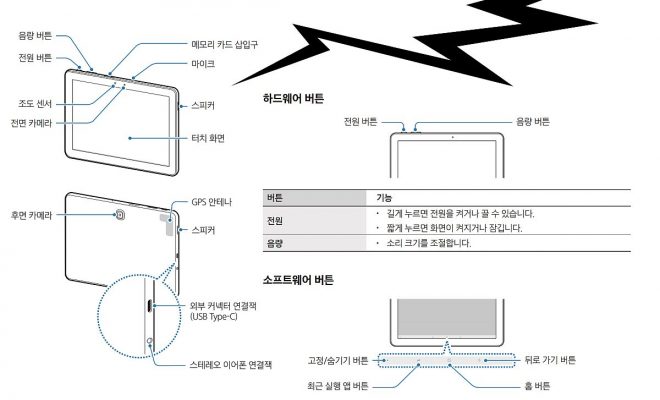 The device runs Android 8.0 Oreo, an upgrade from the Nougat on the Galaxy Tab A 10.1. Samsung Galaxy Tab Advanced 2 has the measurements also leaked in the documents, like 250.4 x 166.2 x 8.5 mm, with a weight of 525 grams. Bluetooth 4.2 is also in the mix, a microSD and Bixby, plus Dolby Atmos. The sketches show that there’s no Home button here, while the volume and On/Off buttons are on the top.

The charging is done via the USB Type-C port at the bottom. Strangely enough we also get a front camera with LED flash, so maybe you’ll take selfies with this cam. A Live Sticker option is present too, plus a Beauty and Pro mode. The main camera has autofocus, HDR and Panorama mode. No megapixel count has been mentioned just yet.

Sources say that the device will come within a month and the price will be the same as the Galaxy Tab A.