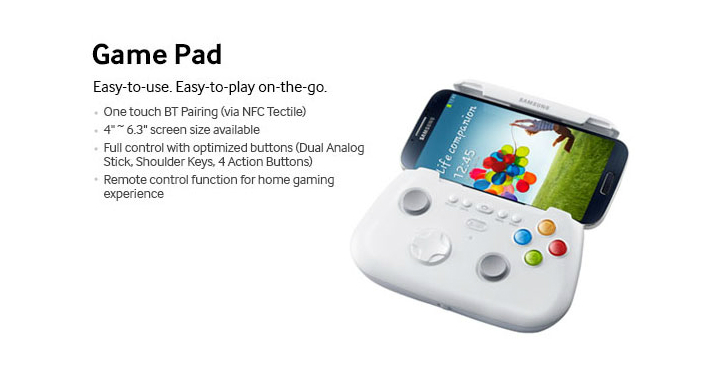 Among the many official Galaxy S4 accessories from Samsung, there’s one in particular that caught our eye. It’s called the “Game Pad” and it appears to be nothing more than a Samsung-branded MOGA-like controller. Presumably connected via Bluetooth, the device also locks in various smartphones.

Where things get interesting are in the specifications which indicate support for 4-inch up to 6.3-inch smartphones. Seeing as how Samsung has yet to announce anything with that screen size, it stands to reason this is the display size for the upcoming Galaxy Note 3.

We’ve heard plenty on this front regarding the screen size for the presumed smartphone but this seems to be a little more on the official side.