After launching a special kids edition of its Galaxy Tab 3 tablet, Samsung is now prepping a Galaxy Tab 3 7.0 Hello Kitty edition. The new model will keep the hardware, but it will adopt the world famous logo placed on its Home button and as a wallpaper. 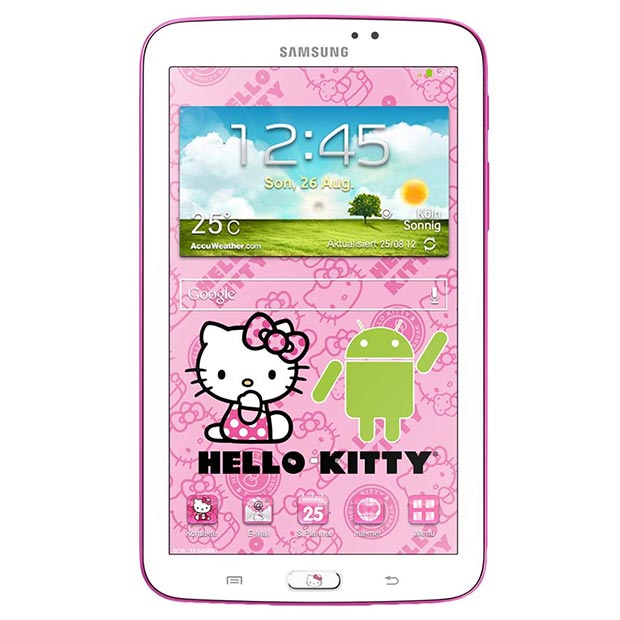 There will also be a logo on the back of the device and expect a ton of themes and wallpapers of Hello Kitty origin to be bundled here. Samsung Galaxy Tab 3 7.0 features a 7 inch 1024 x 600 pixel display, 1.2 GHz dual core CPU, WiFi, 1 GB of RAM, 8 GB of storage, a 3.2 MP camera and a front 1.2 MP shooter. We’ve got a microSD card slot on board and the product is supposed to come in about 3 weeks in shops priced at 229 euros. 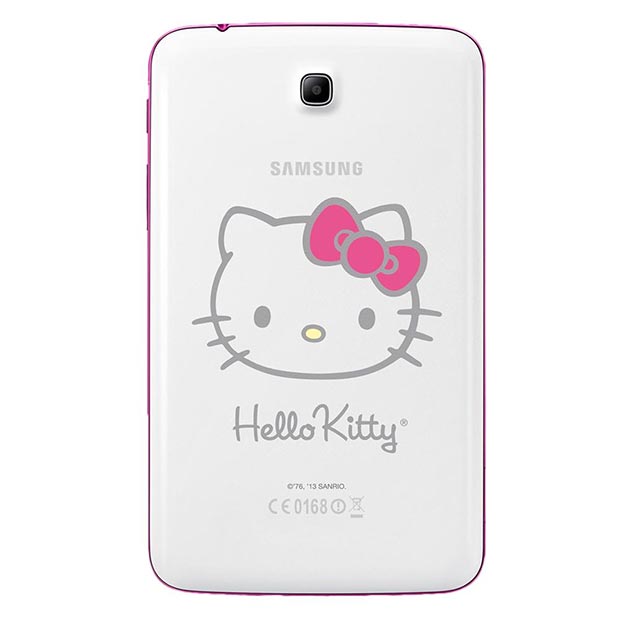 Judging from the video below, the device looks truly nice and its red-ish edge particularly impresses through its vivid color. I know a Hello Kitty fan or two that would kill for such a slate. Just hope that Sanrio is involved in this, since they’re officially behind this brand.