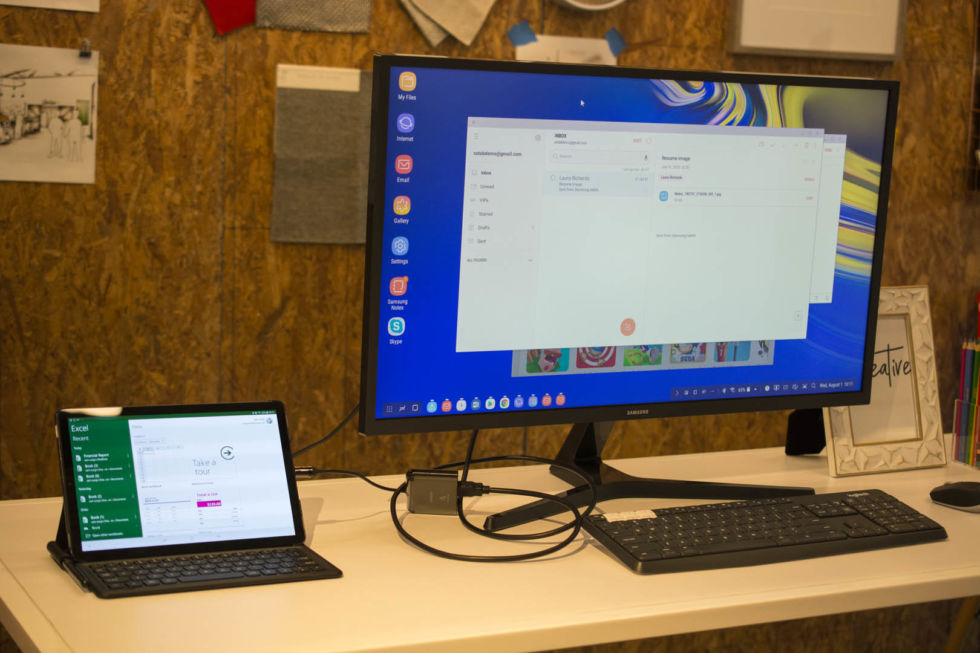 Today, Samsung is unveiling the successor to its well-rounded yet expensive Galaxy Tab S3 from last year. The new Galaxy Tab S4 improves upon last year's slab in nearly every way, and it should be more versatile for users thanks to included Samsung Dex software. Confined to accessories until now, Samsung Dex software lets users connect a Samsung mobile device to a monitor and then use the device as a pseudo-desktop.

The first Dex dock came out over a year ago and was designed to be used with Samsung smartphones. Users could plug their device into the dock, connect it to a monitor, pair a keyboard and a mouse, and use the setup as they would a full desktop PC. The system ran a version of Android that Samsung modified to better suit a desktop UI, which included a lock screen and a task bar area with app icons. Dex on the Galaxy Tab S4 works just like this, with a couple of extra features that leverage the power of a tablet.