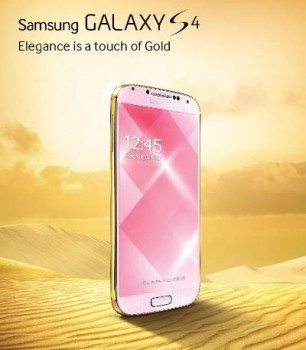 It’s been a long-running gag in the land of smartphones that Samsung wants to be just like Apple. The company has gotten a lot of flack for its use of a physical home button, icons in TouchWiz reminiscent of iOS, and more. While Samsung has come into their own in terms of design in recent years, the company is about to give wit-filled jokesters yet another reason to snicker.

The company has introduced a golden Samsung Galaxy S4. While we don’t have much to go on aside from the image Samsung Arabia posted on Twitter, we imagine it’s the same as the current Galaxy S4 in terms of specs and features.

The photo only shows the side strip, with what used to be a faux chrome material replaced by what could be actual gold. We’re not sure if the back of the device is gold-plated as well, though their decision not to show it has us believing it isn’t.

Samsung’s Dubai outlet is advertising this phone, which leads us to believe it’ll be a limited launch for the United Aram Emirates area. It’s fitting considering folks in that area love them some gold. We’ll be trying to gather more info from the fine folks at Samsung, but in the meantime take a look at the device in the photos above and below, and let us know if it’s something you’d ever consider buying if it launched in your area. 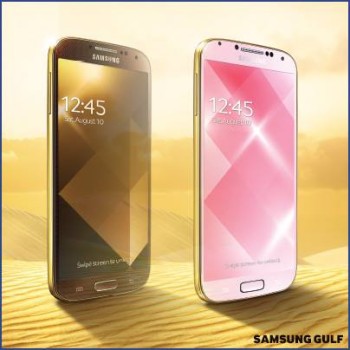