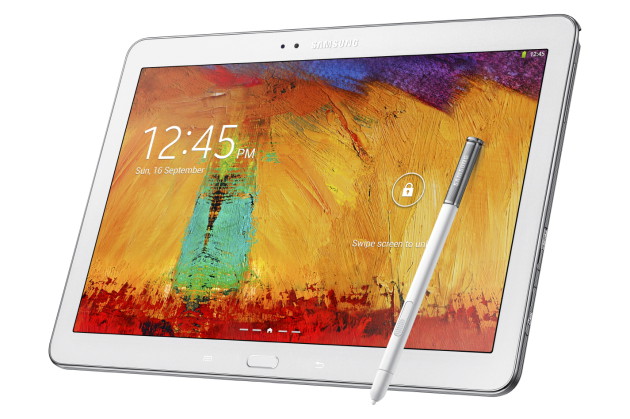 Last year, Samsung announced the Galaxy Note 10.1 tablet alongside the Note 3. This time around, though, the Note 4 was unveiled next to a few other devices, but no new Note tablet showed up. Since Samsung has a larger 12-inch Note tablet and the relatively new Galaxy Tab S lineup, it seemed possible that the 2014 Galaxy Note 10.1 would be the last of its kind. According to some info on Samsung’s website, however, it looks like we may see another 10-inch Note tab sooner rather than later.

Some of Samsung’s apps, like WatchOn, list support for the Galaxy Note 2015 in their support notes. It might be easy to look over that as a typo, but both 2014 and 2015 models are present, which makes it seem likely that Samsung is planning on a refreshed tablet. There’s no word on when we’ll see an announcement, but with Lollipop becoming available next month, Samsung will likely wait until after that so they can release the tablet with the latest and greatest software.