Save 75% Today on The Winner of The 2013 Best Indie Book Award: Storykeeper (Nine-Rivers Valley) By Daniel A. Smith *Plus* Don’t Miss Overnight Price Cuts in Today’s Kindle Daily Deals

by Daniel A. Smith 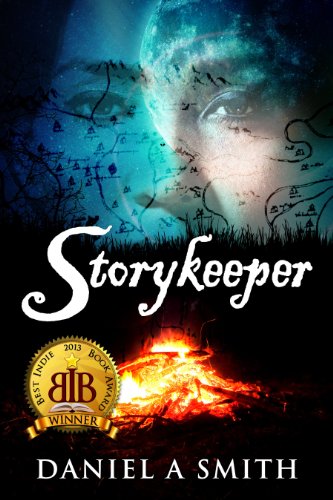 4.2 stars – 72 Reviews
Kindle Price: 99 cents
Text-to-Speech and Lending: Enabled
Don’t have a Kindle? Get yours here.
Here’s the set-up:

Winner of the 2013 BEST INDIE BOOK AWARD, Storykeeper is an epic adventure, based on historical sixteenth-century Spanish documents from the expedition of Hernando de Soto through the southern regions of the United States. However, the story is told from the perspective of the people of the Mississippi River Valley, who lived and survived America’s deadliest invasion.

Fading hope that the stories, the last essence of those lost nations will be heard again lies within one Storykeeper.

“Smith has created a wealth of history and culture that will make you weep. Creating words and phrases with a poetic sense, building a feel for Native American culture that feels so genuine and, yet, is eminently readable. ” - Books, Movies, Reviews! Oh my! – Kathy Davie

“Mr. Smith has written a fantastic tale from the Native American point of view about the conquest of the New World by Hernando DeSoto. He has done impeccable research . . . made that period in our history come alive for me. I learned much more about the conquest of the New World and life around the Mississippi River that now makes me want to read even more.” – Kindle Book Review – Dawn Edwards