The market for traditional handheld game consoles may have diminished when compared to the glory days of the Nintendo DS, but it's impossible to deny the intrinsic appeal of portable play. From the chunky monochrome Game Boy to the sleek-yet-pocketable Sony PSP, gaming on a handheld is a gloriously tactile and immediate experience, and a group of developers is aiming to recapture the same core spirit with a system which is as customisable as it is adorable.

The Clockwork GameShell arrived on Kickstarter late last year and promised a Game Boy-sized device with a modular construction and open-source operating system. Unlike a great many crowdfunding campaigns, it's actually gotten as far as becoming solid reality and the first units are now reaching than hands of backers. We've been lucky enough to have a fiddle with one of these early units, and have come away very impressed indeed.

Made with software developers and digital hobbyists in mind, the GameShell isn't the kind of device you can start using the moment you rip open the packaging – it comes in kit form and must be assembled before you can do anything meaningful with it. The electronics – such as the mainboard, screen, battery and controller – all come in sealed protective packets but the plastic bodywork and other components have to be cut out and pieced together, just like that model Spitfire you made as a kid. This process alone takes longer than you might expect, and if you're anything like us, you'll have to disassemble the unit a few times before all of the fiddly wires are located properly. 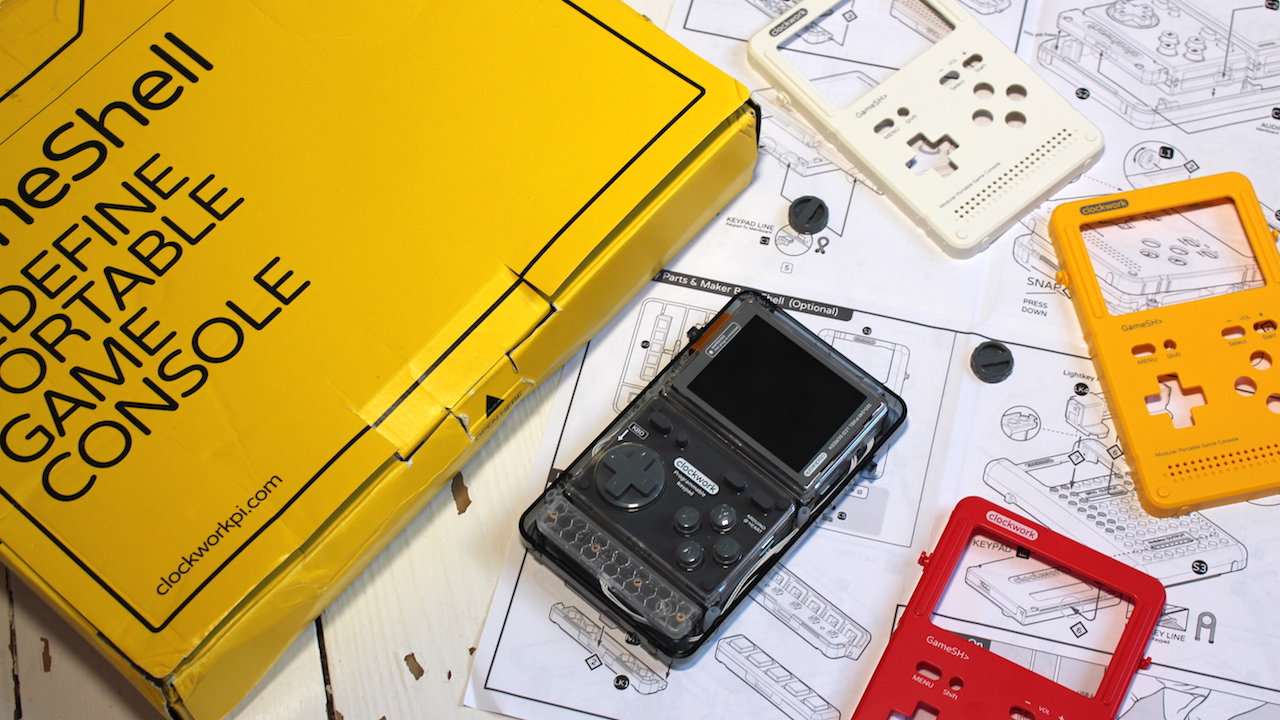 The GameShell is comprised of five main modules, and the idea is that you can potentially upgrade or replace any of these in the future. The motherboard includes the CPU, Wi-Fi chip and other vital components, and as technology matures it could be swapped for a more powerful alternative without having to totally replace the entire machine. Likewise, the 320x240 pixel resolution LCD screen could be upgraded to one which packs more pixels or uses AMOLED tech; it's akin to the way PC building works, and should ensure that GameShell enjoys a long lifespan.

The system is just as versatile on the software side of things; it runs Clockwork OS – a GNU/LINUX embedded operating system – out of the box, but you can flash an alternative – such as Debian ARM or Raspbian OS – should you wish to. The system supports a wide range of programming languages as well, making it the ideal portable platform for hackers and garage developers; indeed, the GameShell packaging proudly boasts of the platform's hackability, and when you boot up the unit, it displays the message "Happy Hacking" before dumping you into the Clockwork OS interface. 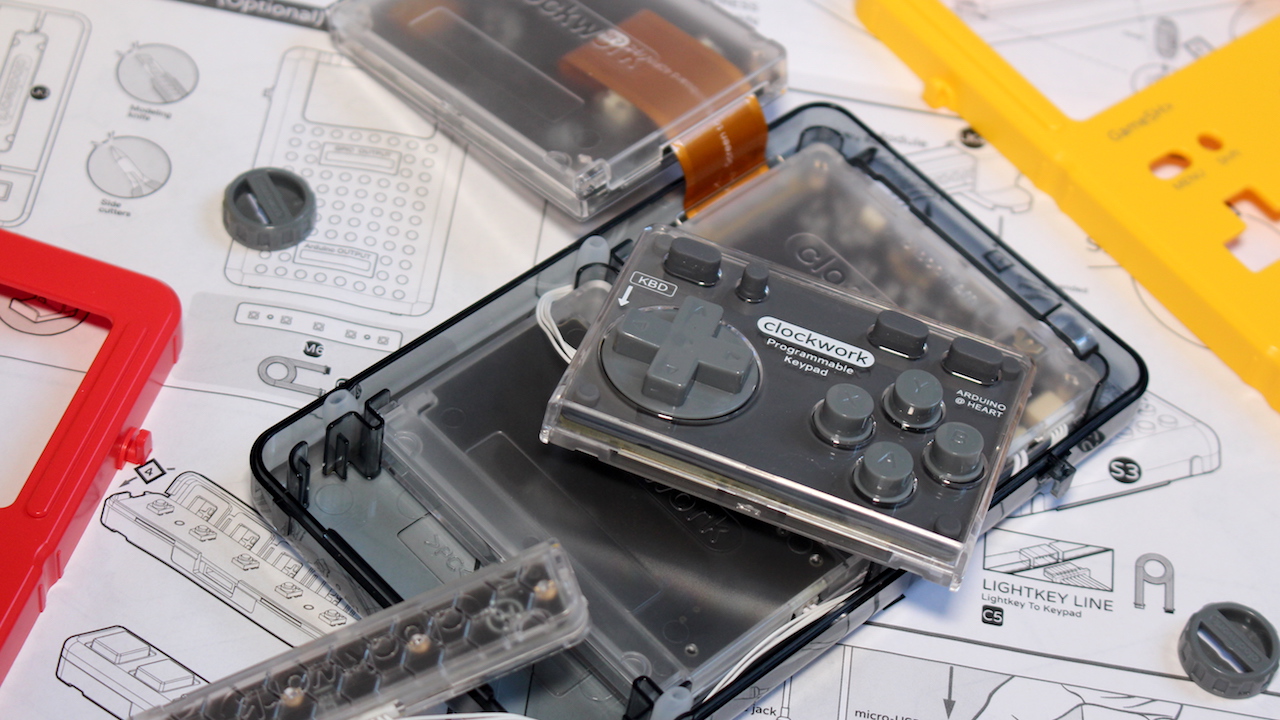 Despite its gaming pretensions, hacking and programming are key focal points for GameShell. You can use the device to control everything from a Lego-made robot to your 'smart' home lighting system. Thanks to the modular nature of the system, you can even take the console apart and rebuild it in a different form; for example, with the correct casing you can use the main board, battery and speaker module to create a portable wireless speaker. Speaking of casing, a wide range of color combinations are available and you can even 3D print your own using the specs supplied by the manufacturer.

However, things do tend to cycle back to games when you spend a lot of time with the unit. It comes preloaded with arcade, Game Boy Advance and NES emulators, and includes the popular Retroarch app, which can download 'cores' that emulate pretty much every vintage console you could mention, including SNES, Mega Drive, Master System and much more besides. Thanks to the inclusion of a solid D-Pad and face button setup, playing these titles is a breeze (although the absence of L and R shoulder buttons does make some SNES titles unplayable). 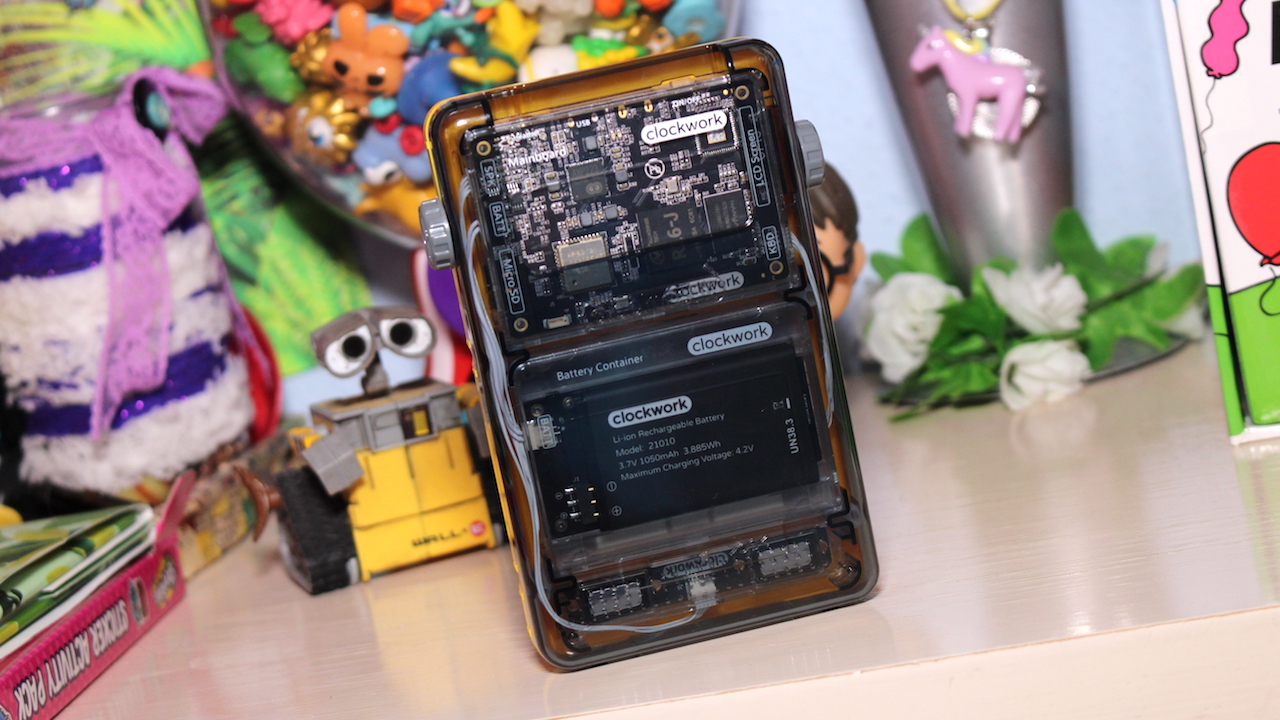 There's also a copy of the popular Metroidvania title Cave Story supplied out of the box, as well as Free DOOM, an open-source version of the seminal FPS title from the early '90s. Files are stored on a Micro SD card, and thanks to the inclusion of an app called Tiny Cloud, you can access this using your PC or Mac as long as it's on the same Wi-Fi network as the GameShell itself – this makes moving data to and from the unit a breeze (and, most importantly, saves you having to take the unit apart to access the SD card slot). 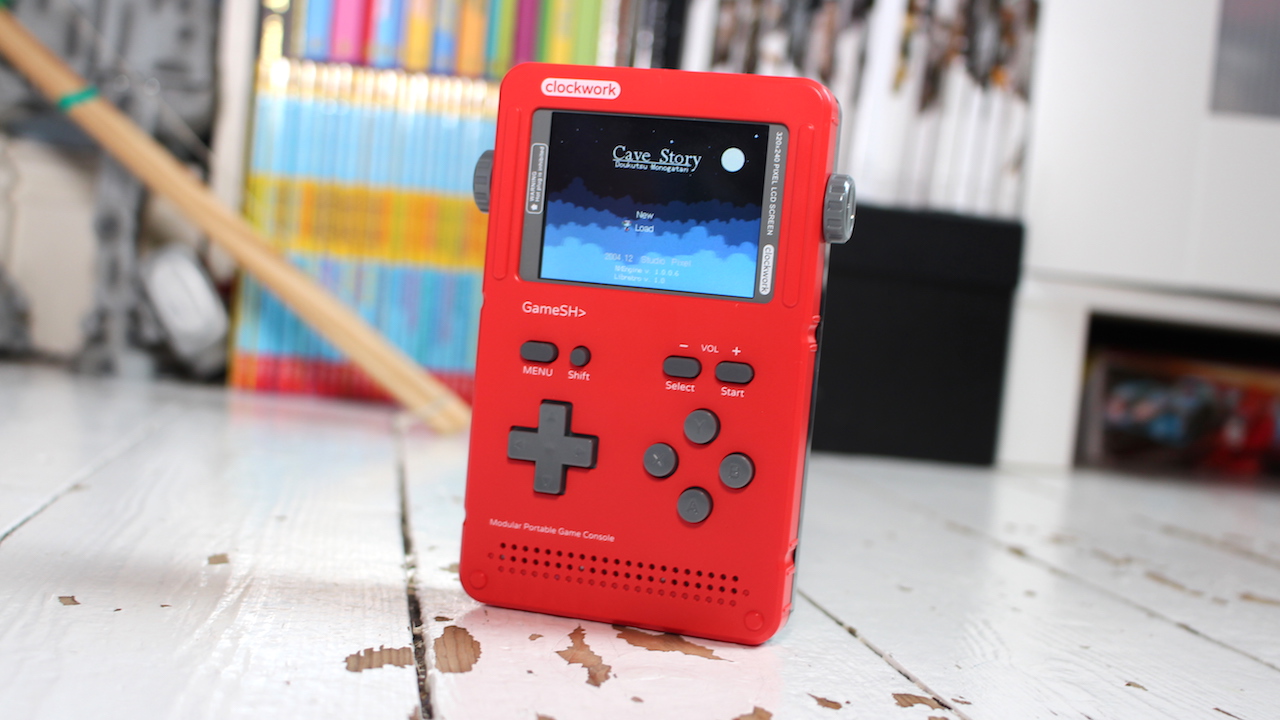 Performance is generally good, although there appears to be a slightly delay in audio across all of the emulators we tested. Speed and frame rate varies as well, although it's likely that over time the software will be tweaked to avoid these shortcomings. Clockwork is clearly keen to see the community take GameShell and run with it, so improved apps and games are likely to appear pretty quickly. The system's 1050mAh battery has to be charged regularly, but again, it's important to remember that this can be upgraded in the future.

Following its successful crowdfunding campaign, the GameShell is now in the process of being manufactured and sent out to those who initially backed it, but when all of these orders have been fulfilled, it will go on general sale – with the expected retail price being around $139 / £105. If you're keen on programming, love homebrew development and don't mind putting in a bit of effort to get things working as they should, you could do a lot worse than register your interest and make sure you're one of the first in the queue when orders open again soon.