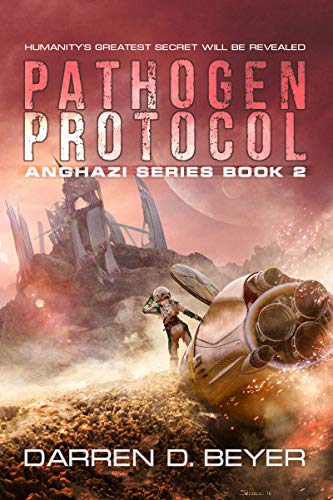 A corporate and government conspiracy, led by CEO-turned-politician, Gregory Andrews, has succeeded in taking over the Applied Interstellar Corporation (AIC), and its stockpile of hyperium, the element that enables interstellar travel. But Andrews didn’t get everything. AIC’s leader, Jans Mikel, escaped to a hidden base on the alien moon of Helios, where he harbors the company’s greatest secrets, the most profound of which is that humans are not alone in the galaxy.

A Revelation That Shakes The Very Foundations Of Science

Now, as Andrews seeks to finish off AIC, Mandi Nkosi sets off to help Jans and AIC forge new alliances that could provide a path to their salvation. Their journey takes them beyond the realms of known space and uncovers revelations about humanity’s future that will shake the foundations of science. On Eridani, AIC soldier Grae Raymus commands a fledgling resistance aimed at buying Mandi and Jans the time they need. But Grae uncovers that Andrews is little more than a pawn in a larger game, one that threatens more than just AIC, while Mandi discovers an even deeper, more insidious evil at play. With humanity’s future hanging in the balance, Mandi and Grae fight to save the people they love, and along with them, all of mankind.

“Fast-paced, action-packed, stellar storyline. A riveting intergalactic adventure filled with space battles, mystery, and even a hint of romance.” – BookLife

It is a story of survival and perseverance in the face of insurmountable odds. The second installment of Darren D. Beyer’s award-winning Anghazi series, it was hailed by Book Life as a “fast-paced, action-packed, stellar storyline, reminiscent of Ender’s Game and 2001: A Space Odyssey.”