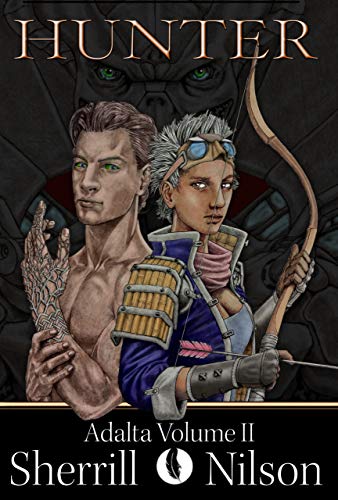 5.0 stars – 4 reviews
Kindle Price: $3.99
Text-to-Speech and Lending: Enabled
Enjoy Sherrill Nilson’s Books? Tell us Why and Win a Free Book!
Don’t have a Kindle? Get yours here.
Here’s the set-up:

Tessa’s dream to reclaim her trauma-blocked elemental talent and become a healer fractures when a powerful flying hawk-headed horse claims her as the Austringer, one who hunts with hawks. Instead of learning to heal, she must learn to kill the ancient evil arising on the planet.

Galen has no dream, and the emotions he can no longer hide threaten to explode. Assaulted by overwhelming elemental forces from the planet, he becomes the legendary Kern––with power over plants and soil he doesn’t believe in and doesn’t want.

When a blood-and-death magician releases an ancient alien imprisoned for centuries, its horrific creatures rise to kill everyone who threatens to block its returning powers and its invasion of the planet. Together Tessa the Hunter and Galen the Kern must fight this alien evil that threatens to enslave their planet.
Sherrill Nilson used to raise horses.
Now she writes about flying horses.