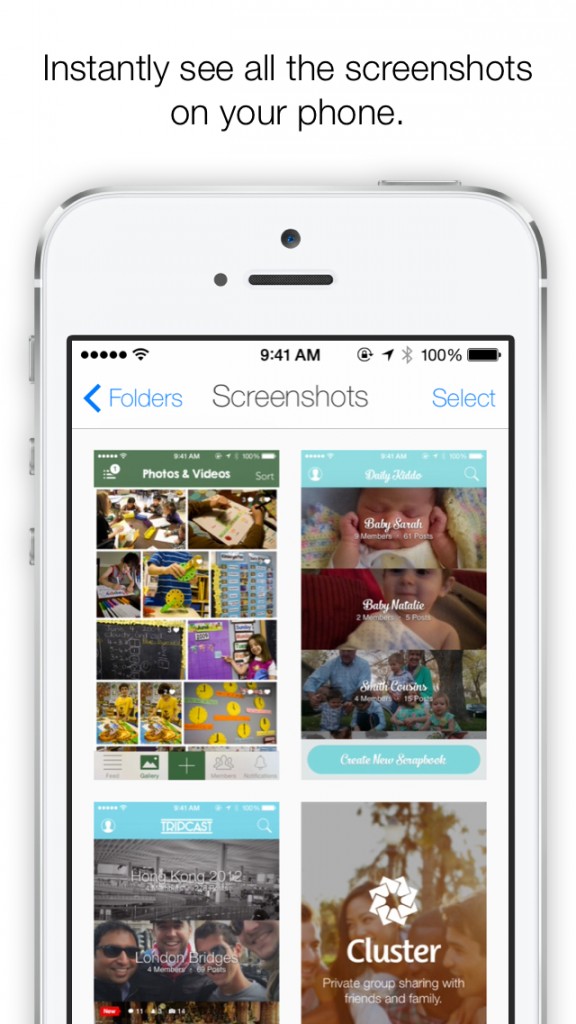 Screenshotter, the screenshot management app developed by the same team behind the photo organization and group-sharing app Cluster, has just been updated to version 2.0.

Prior to its 2.0 update, Screenshooter wasnt much different from, say, Screenshot Journal in providing basic functions for organizing and archiving iOS screenshots.

But now, Screenshotter has set itself apart from most other screenshot management apps with the new features it has gained through its 2.0 update. 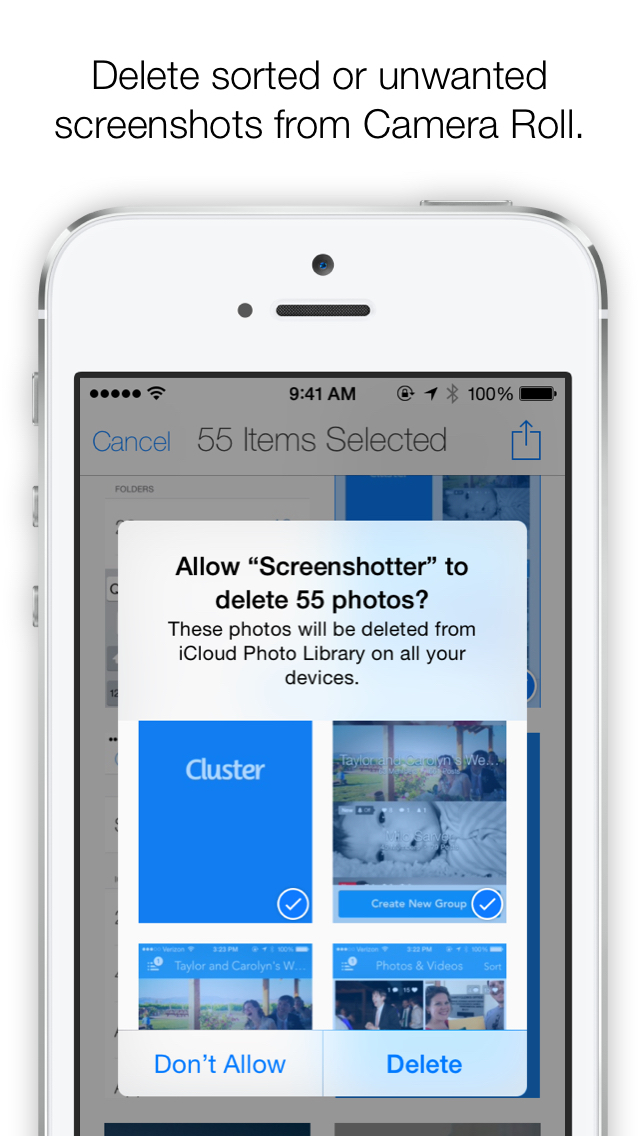 Another notable new feature introduced in the new version of Screenshotter is support for deleting screenshots within the app and simultaneously removing them from the devices camera roll. This feature is made possible by Apples more open Photos API in iOS 8, which has also allowed for the release of the screenshot deletion app Screeny.

The new version of Screenshotter also features native resolution support for iPhone 6 and iPhone 6 Plus.

Optimized for iPhone and iPod touch running iOS 8.0 or later, Screenshotter 2.0 is available now on the App Store for free.

Screenshotter was hailed as AppAdvice’s App of the Week following its launch last May.

While were talking screenshots, make sure to also check out #Homescreen. Recently given an AppAdvice App of the Week honorable mention, #Homescreen is an app that scans your device for a screenshot of your home screen and shares an interactive version of it.

See also: StreamNation 3.0 lets you access your music in addition to your photos and videos, Stacks 2.0 lets you convert currencies right within Safari and Notification Center in iOS 8, and Foursquare updates Swarm check-in app with interactive notifications in iOS 8.