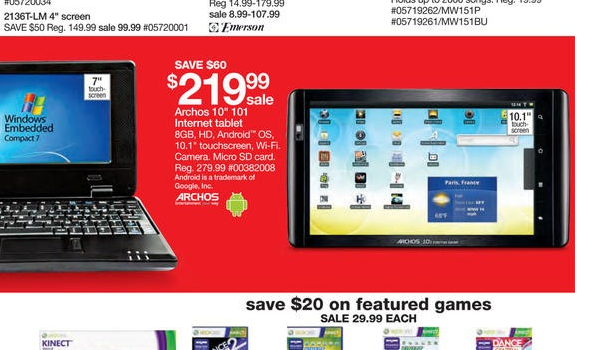 The Sears ad for Black Fridayhas arrived online and it feature a trio of tablet related deals.  Leading the way, the 10.1-inch Archos 101 tablet  is on sale for a very attractive $219.99 price, $60 less than its normal cost.  Considering it features Android Market support, it's one of the better deals we've seen for the post-Thanksgiving frenzy.  If there were one particular downside it would be that it runs Android 2.2 Froyo and not Honeycomb.  Still, for most people, this is a non-starter.

Door busters start at 4AM so be sure to get in line early!