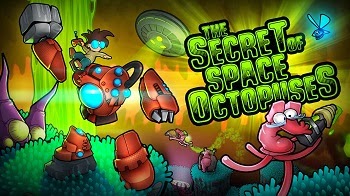 The Secret of Space Octopuses is an horizontal scrolling adventure game, mixing platform, puzzle and combat.

You're following Little Buddy's story, a young earthling who after having been abducted by some aliens, him and his entire village, will try to escape from the world in which he's being held captive. To do so, he's going to build a robot out of various junk and trash named B.O.T (Bunch Of Trash) of outstanding capabilities. During his escape, Little Buddy will have the opportunity to unravel his abductor's secrets : The Space Octopuses and his attitude along the adventure will uncover two different endings.
The game's universe shows itself as cartoon parody within the SF gender where humour is sometime hiding strong language, giving the player freedom of imagination. The scenaristic scenes are but rarely imposed to the player it will then fall on him to observe the colorful environments filled with informations, as well as listening to the numerous discussions between the octopuses to get a full grasp of the scenario. The player will also be able to get some support from the Codex which will fill itself up with useful data while Little buddy is exploring the world. 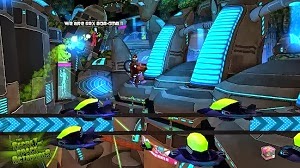 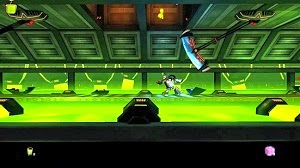 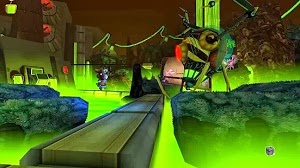