We all know and love SEGA for their classics like Super Monkey Ball and Sonic, but today is something different. Earlier this week they released SEGA Pocket Club Manager for global audiences on both Android and iOS devices. Powered by Football Manager, it is the latest title in SEGA's long-running SakaTsuku series of soccer simulation games which first debuted in 1996. 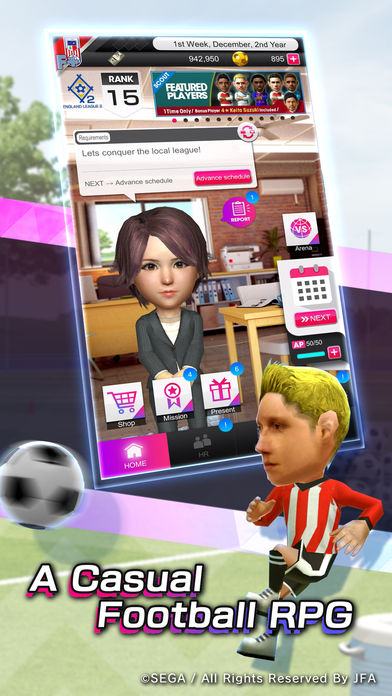 Prior to the game's global release it was soft launched in selected regions across multiple phases. The initial Japan release was followed by a Traditional Chinese version for Hong Kong, and Macau. An English version was then launched in Canada, the Philippines, Singapore, followed by three additional Southeast Asian markets of Malaysia, Indonesia and Vietnam in July. In Southeast Asia alone, the title garnered over 50,000 downloads in just 1.5 months, with a commendable 4.2 stars rating on the app stores. SEGA Pocket Club Manager is what gamers consider a "Casual Football RPG", which combines soccer club management with exciting role-playing features to let players grow a small hometown club into the world’s best team. The game's features include:

Also worth noting is a a new feature event called "WORLD Tour" where players can challenge the world's strongest clubs. Players can earn rewards and event tickets by completing the mission set for each stage. If players complete all missions in hard mode, they will receive 4★ Manager “Garione”. SEGA Pocket Club Manager is available on the App Store for free by clicking here, however, there are in-app purchases.